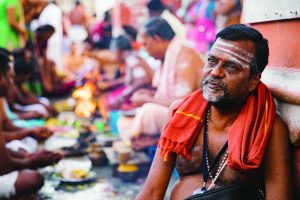 Hinduism is regarded by scholars as a fusion of various Indian cultures and a way of life. It is the name given to a religion that originated in India but actually Hinduism is a pluralistic religion. As misconceptions run rampant, we decided to run a series “Understanding Hinduism” by Y.K.Kalia. This is first part of the series. Readers can read full series on Hinduism in subsequent issues of Tehelka.

What is Hinduism? A religion, a philosophy, a culture or simply a way of life. This riddle over the aeons has defied a strait jacket explanation. As per Encyclopedia Britannica, as many as 61 ancient civilizations, including the Indus Valley Civilization, came into being at different times and regions in history, flourished and declined, into oblivion except for one, which is now the subject matter of this discussion.

Every civilization had its core a system of belief and doctrine called a religion, which was not merely an opinion, but was a doctrine or belief thought to be conducive to their spiritual well-being. It manifested in outward expression in acts as well, yet such doctrines or beliefs could not sustain those particular civilizations for long, hence their decline into oblivion.

When the basic tenets of Hinduism are unbiased analyzed one finds it difficult, if not impossible, to define Hinduism or even adequately describe it. Unlike other religions in the world, the Hindu religion does not claim any one prophet; it does not worship any one God; it does not subscribe to any one dogma; it does not believe in any one philosophic concept; it does not follow any one set of religious rites or performances; in fact, it does not appear to satisfy the narrow traditional features of any religion or creed. It may broadly be described as a way of life and nothing more.

Interestingly, under our Constitution a Hindu is defined as any person who is a Virashaiva, a Lingayat or follows the Brahmo Prathana or Arya Samaj, or a Buddhist, a Jaina, or Sikh and who is not a Muslim, Christian, Parsi or Jew by religion, is a Hindu. In pluralistic society like India, as stated earlier, there are numerous religious groups who practise diverse forms of worship or practise religions, rituals, rites etc, even among Hindus, different denominates and sects residing within the country or abroad profess different religious faiths, beliefs, practices.

The Indian mind has, consistently through the ages, been exercised over the problem of the nature of godhead the problem that faces the spirit at the end of life, and the inter-relation between the individual and universal soul. In his book on Indian Philosophy, Dr. Radhakrishnan observed that “If we can abstract from the variety of opinion and observe the general spirit of Indian thought, we shall find that it has a disposition to interpret life and nature in the way of monistic idealism, though this tendency is so plastic, living and manifold that it takes many forms and express itself in even mutually hostile teachings”.

“In all the fleeting centuries of history” says Dr. Radhakrishnan, “in all the vicissitudes through which Indian has passed, a certain marked identity is visible. It has held fast to certain psychological traits which constitute its special heritage and they will be the characteristic marks of the Indian people so long as they are privileged to have a separate existence”. The history of Indian thought emphatically brings out the fact that the development of Hindu religion has always been inspired by an endless quest of the mind for truth based on the consciousness that truth has many facets Truth is one but wise men describe it differently.

Dr. Radhakrishnan has observed: “The Hindu civilization is so called, since its original founders or earliest followers occupied the territory drained by the Sindhu (the Indust) river system corresponding to the North-West Frontier Province and the Punjab. This is recorded in the Rig Veda, the oldest of the Vedas, the Hindu scriptures which give their name to this period of Indian history. The people on the Indian side of the Sindhu were called Hindu by the Persian and the later western invaders”. That is the genesis of the word “Hindu”.

Hinduism has steadily absorbed the customs and ideas of peoples with whom it has come into contact and has thus been able to maintain its supremacy and its youth. The term ‘Hindu’, according to Dr. Radhakrishnan, had originally a territorial and not a credal significance. It implied residence in a well defined geographical area. Aboriginal tribes, savage and half-civilized people, the cultured Dravidians and the Vedic Aryans were all Hindus as they were the sons of the same mother. The Hindu thinkers reckoned with the striking fact that the men and women dwelling in India belonged to different communities, worshipped different gods, and practised different rites.

The monistic idealism of Hindu Philosophy has been expressed in four different forms: (1) Nondualism or Advaitism; (2) Pure monism, (3) Modified monism, and (4) Implicit monism. It is remarkable that these different forms of monistic idealism purport to derive support from the same Vedic and Upanishadic texts. Shankar, Ramanuja, Vallabha and Madhva all based their philosophic concepts on what they regarded to be the synthesis between the Upanishads, the Brahmasutras and the Bhagwad Gita.

Though philosophic concepts and principles evolved by different Hindu thinkers and philosophers varied in many ways and even appeared to conflict with each other in some particulars, they all had reverence for the past and accepted the Vedas as sole foundation of the Hindu philosophy. Naturally enough, it was realised by Hindu religion from the very beginning of its career that truth was many-sided and different views contained different aspects of truth which no one could fully express. This knowledge inevitably bred a spirit of tolerance and willingness to understand and appreciate the opponent’s point of view.

That is how “the several views set forth in India in regard to the vital philosophic concepts are considered to be the branches of the self-same tree. The short cuts and blind alleys are somehow reconciled with the main road of advance to the truth. When we consider this broad sweep of the Hindu philosophic concepts, it would be realised that under Hindu philosophy, there is no scope for ex-communicating any notion or principle as heretical and rejecting it as such. 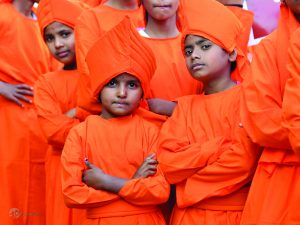 Beneath the diversity of philosophic thoughts, concepts and ideas expressed by Hindu philosophers who started different philosophic schools, lie certain broad concepts which can be treated as basic. The first amongst these basic concepts is the acceptance of the Veda as the highest, authority in religious and philosophic matters. This concept necessarily implies that all the systems claim to have drawn their principles from a common reservoir of thought enshrined in the Veda. The Hindu teachers were thus obliged to use the heritage they received from the past to make their views understood.

The other basic concept which is common to the six systems of Hindu philosophy is that “all of them accept the view of the great world rhythm. Vast periods of creation, maintenance and dissolution follow each other in endless succession. It may also be said that all the systems of Hindu philosophy believe in rebirth and pre-existence. “Our life is a step on a road, the direction and goal of which are lost in the infinite. On this road death is never an end or an obstacle but at most the beginning of new steps”. Thus, it is clear that unlike other religions and religious creeds, Hindu religion is not tied to any definite set of philosophic concepts as such.

The ultimate aim of Hindu philosophy is the release and freedom from the unceasing cycle of births and rebirths, that is, the Moksha or Nirvana, which means a state of absolute absorption and assimilation of the individual soul with the infinite. On achieving the same there is great divergence of views; some emphasise on the importance of Gyan or knowledge, while others extol the virtues of Bhakti or devotion; and yet others insist upon the paramount importance of the performance of duties with a heart full of devotion and mind inspired by true knowledge. It would be inappropriate to apply the traditional tests in determining the extent of the jurisdiction of Hindu religion. It can safely be described as a way of life based on certain basic concepts.

Development of Hindu religion and philosophy shows that from time to time saints and religious reformers attempted to remove practices of corruption and superstition and that led to the formation of different sects. Buddha started Buddhism: Mahavir founded Jainism; Basava became the founder of Lingayat religion, Dhyaneshwar and Tukaram initiated the Varakari cult; Guru Nanak inspired Sikhism; Dayanada founded Arya Samaj, and Chaitanaya began Bhakti cult; and Advaitvad flowed through teachings of Ramakrishna and Vivekananda, which transformed Hindu religion into its most progressive and dynamic form. Though the teachings of all these saints and religious reformers, there is noticeable divergence in their respective views; yet underneath all that lies a subtle indescribable unity which keeps them within the sweep of the broad and progressive Hindu religion.

The Hindu Dharma is eternal and since time immemorial. In the Karna Parva of the Mahabharata, Verse- 58 in Chapter 69 says: “Dharma is for the stability of the society, the maintenance of social order and the general wellbeing and progress of human king. Whatever conduces to the fulfilment of these object is Dharma; that is definite.”

Brhadaranyak Upanishad identified Dharma with Truth, and declared its supreme status thus: “There is nothing higher than dharma. Even a very weak man hopes to prevail over a very strong man on the strength of dharma, just as (he prevails over a wrong-doer) with the help of the King. So what is called Dharma is really Truth.”

In this book Gitarahasaya Bal Gangadhar Tilak opined thus: “Acceptance of the Vedas with reverence; recognition of the fact that the means or ways to salvation are diverse; and realisation of the truth that the number of gods to be worshipped is large, that indeed is the distinguishing feature of Hindu religion”. This definition brings out succinctly the broad distinctive features of Hindu religion. Hinduism takes it for granted that there is more than one valid approach to truth and to salvation and that these different approaches are not only compatible with each other, but are complementary. This core value has sustained it through all the phases of its immortal existence.