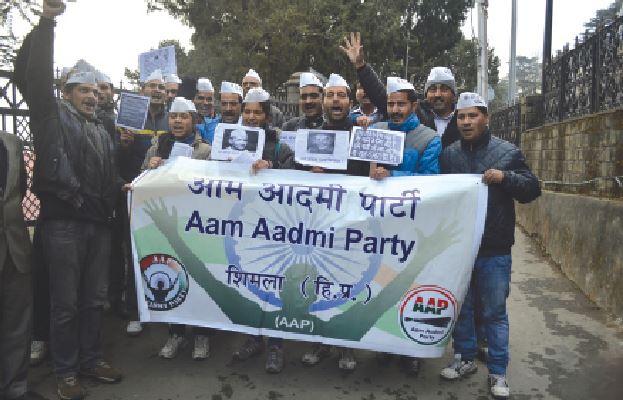 The AAP opened an office in the state capital Shimla on Sunday and announced its intention to contest from all 68 assembly constituencies in the 2022 polls. The development comes in the wake of Delhi Chief Minister Arvind Kejriwal issuing a statement recently that his Aam Aadmi Party (AAP) will contest elections in six states in 2022. For record, the two-party system is well entrenched in Himachal politics, as the efforts to put up a third alternative have neither been credible, nor lasted long in the small hill state. The new parties occasionally throw their hats in the ring in Himachal to cash in on rebellion factors in existing ones in polls and vanish later. In the process many regional outfits emerged but vanished in trance.

The reason is electorate in Himachal have not given much room to any third political party, barring few exceptions, when a third option could tilt electoral equations in Assembly elections for reasons best known to them. Little doubt that the main contestants for power in Himachal are Congress and Bharatiya Janata Party (BJP) over the past three and a half decades. The hill state was traditionally dominated by Congress party and saw its first non-Congress chief minister, Shanta Kumar in 1977, when Janata Party came to power. From 1985, the Congress and BJP ruled the state alternatively. Currently, the BJP is in power in Himachal Pradesh.

The new development came days after the AAP Convener said while addressing party leaders and workers after a National Council meeting, “In the next two years, AAP will contest elections in Uttar Pradesh, Uttarakhand,Goa, Punjab, Himachal Pradesh, and Gujarat”. He asserted that people supported the AAP because they had realised that both the BJP and the Congress had ruled for years but did nothing to change the lives of the common man.

In Shimla, AAP Spokesperson SS Zogta said AAP will also field its candidates in the upcoming municipal corporation (MC) elections in Dharamshala, Mandi, Solan, Palampur and Shimla. “Time is ripe for AAP to enter the fray as the people of Himachal are fed up with both the parties: Congress and BJP. Electricity generated in Himachal is being sold to other states while we have to pay exorbitant bills. The BJP has failed to live up to people’s expectations. Meanwhile, the Congress is facing a leadership crisis and is in doldrums,” said Zogta. The major reason could be that the tallest leader Virbhadra Singh, the longest serving chief minister of Himachal Pradesh is past his prime. Born on June 23, 1934, he served for four terms as Chief Minister. In 2017, he was replaced by BJP’s Jai Ram Thakur.

AAP has never contested assembly elections in the state before though it did try its luck in the 2014 Lok Sabha polls. Former BJP MP Rajan Sushant, who has now formed Hamari Party Himachal Party, had been the party’s convener in the state. However, all four candidates pitched by AAP, including Sushant and Kamal Kanta Batra, the mother of Kargil hero and Param Vir Chakra awardee Vikram Batra, lost the election. While Sushant polled around 20,000 votes, others had to forfeit their deposits.

How confident Kejriwal seems could be understood from his statement. “People outside Delhi are fed up with both the BJP and the Congress’ policy of divide and rule and have now started looking at the AAP as an alternative. People in other states too want free water and free electricity and they know that only AAP can deliver this. As party workers or leaders, you have to reach out to the people,” Kejriwal said.

“Earlier, the people used to say that AAP is a Delhi-centric party with no footprint outside the national capital. But, now people have changed their views towards AAP. We have worked hard and proved that the AAP has a vision for the country. In the last six years, our work in Delhi has been noticed by the people,” the Chief Minister added. Kejriwal reiterated that Delhi’s health services had proved to be a success in handling the coronavirus pandemic.

However, in Himachal Pradesh, the two-party system has been in vogue for so long that there has been almost no scope for a third alternative. Voters in the hill state have traditionally alternated between Congress and Bharatiya Janata Party, formerly known as Bharatiya Jan Sangh, for the last five decades.

While regional parties have had a sway in many northern states like Uttar Pradesh where Samajwadi Party and Bahujan Samaj Party have been influential players. Similarly, in Punjab, Shiromani Akali Dal has been holding fort on many occasions. In Haryana Indian National Lok Dal has been a popular alternative. However, in Himachal Pradesh, Lok Raj Party (LRP), headed by former speaker Thakur Sen Negi, was the first regional party formed in the state in 1967. JBL Khachi was another tall leader of the LRP. In the 1972 assembly election, LRP had pitched candidates in 16 constituencies. They won two seats, only to be disbanded by the time of the next elections. No third party succeeded for the next two decades as power changed hands between the Congress and BJP.

Come 1990, the Janata Dal (JD), made a mark on the political landscape. Vijai Singh Mankotia, who had left the Congress, led JD to a big victory, winning 11 seats in a pre-poll alliance with BJP, which got an absolute majority with 46 seats. Former chief minister Thakur Ram Lal’s outfit Jan Him Kranti Morcha had merged with the Janata Dal . However, the coalition government was dismissed in the aftermath of the Babri Masjid demolition in 1992. By the 1993 assembly elections, Mankotia was back with the Congress and JD had faded into oblivion.

Congress veteran Pandit Sukh Ram also tried to give HP residents a third alternative. After parting ways with the Congress, he founded the Himachal Vikas Congress (HVC) in 1997. HVC won five seats in 1998 and formed a post- poll alliance with the BJP. It helped the saffron party, which was one seat short of majority, to form a government. Mayawati’s Bahujan Samaj Party (BSP) made a foray into Himachal’s political landscape in 2008 but could only secure one seat. Its lone legislator Sanjay Chaudhary later joined the BJP. The BJP witnessed a split in 2012. Maheshwar Singh, former president of the saffron party, with other disgruntled leaders formed the Himachal Lokhit Party (HLP) before the 2012 elections but won only one seat. The party merged with the BJP before the 2017 assembly polls.

The ‘third front’ parties that vanished in HP 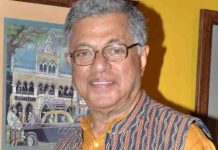 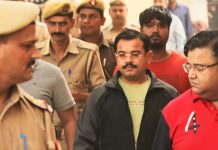