Seven people were killed on Monday when a vehicle in which they were travelling fell into a khud in Mandi district of Himachal Pradesh, police said.

One person was also injured in the accident which took place at around 2.30 am at Pulghrat near Mandi.

Six people died on the spot, while two injured were taken to a hospital for further treatment, where one of them succumbed to his injuries, sources said.

Prime Minister Narendra Modi expressed grief over the loss of lives in a road accident in Himachal Pradesh and conveyed his condolences to the bereaved family members.

“The government is involved in relief and rescue operations. I express my deepest condolences to the families of the deceased and wish a quick recovery to the injured,” the Prime Minister’s office said. 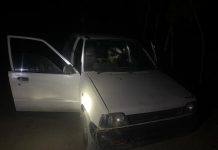