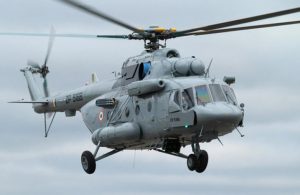 An Indian Air Force (IAF) chopper on Thursday airdropped the food material at Bara Bhangal inside the Dhauladhar Wildlife Sanctuary in Himachal Pradesh’s Kangra district, an area not accessible by road, an official said.

As per the reports, there has been an acute shortage of ration owing to closure of trekking routes following heavy snowfall in September.

The Himachal government had arranged a helicopter for air dropping ration for the stranded shepherds due to sudden snowfall.

Moreover, the officials conducted an aerial survey, including over the Thamsar Pass, Jalsu and Khalihani Pass, to search for people stranded.

The officials ruled out media reports of starvation, largely among shepherds, with the closure of pathways after the snowfall in the region.

Ahead of winter’s onset, many of Bara Bhangal residents migrate to Bir in Baijnath subdivision, near Palampur town.

The Dhauladhar Wildlife Sanctuary in Himachal Pradesh is spread over 944 sq km at an altitude above 3,000 metres.