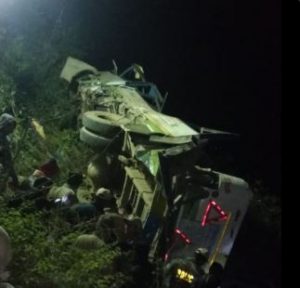 At least two people died and over 25 injured on Wednesday after a Himachal Road Transport Corporation (HRTC) bus fell in a gorge in Jamli area in Bilaspur district of Himachal Pradesh.

According to the reports, the bus was travelling from Nalagarh to Jainagar when the incident took place.

All injured were shifted to a district hospital for further treatment.

“One person died on the spot and another succumbed to injuries when he was being taken to a nearby hospital,” reports said.

India likely to get underwater rail link to UAE