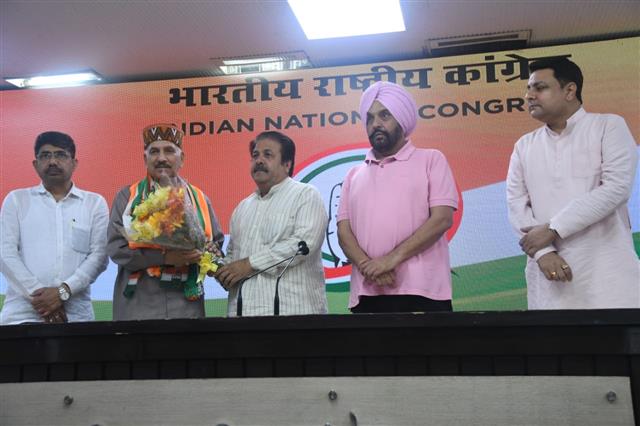 Ram, a former minister and deputy speaker in the state, said he takes pride in joining the party that helped the country attain freedom.

“I am not joining the Congress out of any anger towards the BJP. I have taken a well-thought out decision to take the Congress forward in Himachal Pradesh,” he said.

Ram said he is confident that the Congress will be able to form the government in the state as there is a lot of corruption, unemployment, inflation and pending employee issues including those related to the pension scheme.

“We will bring these issues before the people of the state and help form the Congress government in Himachal Pradesh,” he said.

AICC in-charge for Himachal Rajiv Shukla welcomed him into the Congress fold, and said it is an indication of the winds blowing in the state.

AICC Secretaries Sudhir Sharma and Tejinder Bittu were present on the occasion.