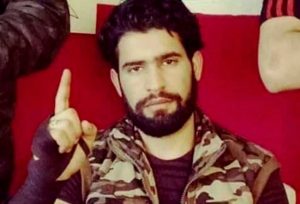 Terrorist Zakir Musa, chief of terrorist group the Ansar Ghazwat-ul-Hind is hiding near Bathinda or Firozpur in Punjab, according to a new intelligence input.

Security agencies have been put on high alert on Thursday following intelligence reports that Kashmiri terrorist Musa could be hiding in the area.

As per the intelligence reports issued by the Intelligence Bureau (IB) and Army intelligence, Musa could be disguised as a Sikh and wearing a turban.

Punjab Police, Army troopers and other para-military were stationed in and around important places and checking was being carried out.

Photos of Musa have been released by security forces, including one of him disguised as a Sikh, at various places to make the public aware in both districts.

Musa was recently spotted in Amritsar. Earlier in November too, his posters had been put up in the frontier districts of Gurdaspur and Amritsar following similar reports that he could be hiding in Punjab.