Anand Kumar, Additional Director General of Police (Law & Order), has said that security has been tightened at major religious and tourist places.

He further added that all district police chiefs have been alerted regarding the threat, it may be a prank but “could not be taken lightly.”

“Intelligence agencies have no knowledge about any Ambu Shaikh LeT commander,” he added.

Security measures have been beefed-up, police officials and commandos are being deployed at the Mathura Junction, Mathura Refinery, Shri Krishna Janmabhoomi, Bankey Bihari Temple and other important spots.

“The security arrangements here have always been up to the mark, but whenever we get any inputs like these, we ensure the security is further tightened,” said Mathura’s Superintendent of Police, Siddharth Verma. 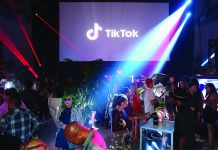