During a time when low bandwidth constraints are giving a harrowing time to those using the mobile calling apps like WhatsApp, Skype and Viber in the country, a bunch of youngsters from Kochi have indigenously developed a mobile app, Ringr. The app, according to the makers, offers high digital voice clarity while consuming minimum data even at low bandwidths. Ringr, developed by QuiqInfotech, is the first Voice over Internet Protocol (VoIP) application launched in India by a startup company that competes with apps made by foreign technology giants.
Ringr focuses on giving high quality audio despite the bandwidth shortages in India where 3G speeds promised are seldom available. Ashok Mani, CEO of QuiqInfotech says, “Call clarity is low in India and that’s one reason why the shift from telephone to VoIP is slow. We seek to have a paradigm shift in communications where regular phone calls are replaced with Ringr. Our strength lies in our own-patented Quiqz technology. It is a compression algorithm we developed that allows us to send data as very small packets thus bypassing the bandwidth issue that plagues all VoIP applications in India.”
According to Mr Mani within two months of its launch the Ringr has seen 10,000 downloads and now they have brought out a more tweaked version of the app rectifying all the downfalls. “We are not only competing with foreign VoIP applicants, but directly with regular telecom companies. The bandwidth constraints is an often problem faced by the customers like delay and lag in connecting the call and continuous call dropping alienate people from VoIP”, says him.
The application, which can be downloaded freely, aims to promote people interaction and communication. It has features like “remember” that remind you to call a person you have not called in a long time from your contact list, thus promoting personal relations. Further, it will have profile pages where people can share their “feelings”.
Mani along with team lead Bijesh B K guided the team in developing the app. Using the app, people can call to more than 18 countries include the US, UK, China and Brazil. The company has launched customer loyalty points to attract more customers. VoIP, even when said to be free, costs data. Thus, like paybacks from product purchases online, customers downloading and using the Ringr app will be getting customer loyalty points that can be redeemed online through the company’s partners like PayTm.
This will refund the cost of data through recharge packets, thus encouraging more customers to try the product. Trying high quality VoIP once is necessary to break the mental barrier that people have against shifting from telephone calls, which they believe to be more efficient. Though they have developed a foolproof app, the initial phase was not as smooth.
They have developed that app raising fund from the team members, and to the next level, Ringr aims to raise funds externally. They also hope to increase the users of the app to six lakhs within six months.
With the clarity that its data compression package promises, Ringr promises to be a revolution in the VoIP sector in India, creating technology shifts that will have a marked effect in how Indians communicate from now. 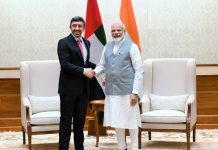