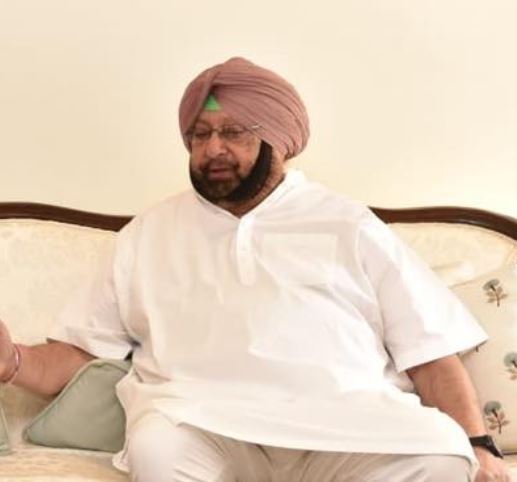 Punjab Chief Minister Captain Amarinder Singh on Wednesday urged the Centre and the Maharashtra government to immediately arrange for the evacuation of 2000 Punjab pilgrims from Nanded Sahib gurdwara, where they are stuck in the wake of COVID-19 lockdown.

Captain Amarinder wrote in this regard to Union Home Minister Amit Shah and Maharashtra Chief Minister Udhav Thackeray, according to an official spokesperson, who disclosed that the Maharashtra government had responded with the assurance that necessary action would be taken to help out the stranded pilgrims.

According to the spokesperson, the office of the Maharashtra Chief Minister had conveyed to CMO Punjab that all steps were being taken in this respect, while Maharashtra Tourism, Environment and Protocol Minister Aditya Thackeray responded to Captain Amarinder’s tweet on the issue with: “Thank you sir @capt_amarinder ji. Will look into it and do the needful.” The Chief Minister had tweeted: “Have written to HM @AmitShah Ji & Maharashtra CM @OfficeofUT to facilitate the evacuation of devotees stranded at Nanded Sahib Gurdwara. The pilgrims have been stranded there for long & we owe them safe return to their homes & families.”

In separate letters to the Union Home Minister and the Maharashtra CM, Captain Amarinder Singh said these pilgrims from Punjab had gone to pay obeisance at the historic gurdwara Sri Hazur Sahib in Nanded in Maharashtra.

Owing to cancellation of trains some days back and the nationwide lockdown imposed since midnight yesterday, there is no possibility to bring them back to Punjab without special approval of the Government of India amid COVID-19, wrote Captain Amarinder.

The Punjab Chief Minister pointed out that the state government had already taken up the matter with the Ministry of Railways to allow plying of special trains to evacuate these stranded pilgrims. He further wrote that the officers of Punjab Government were in constant touch with the district administration of Nanded for making suitable arrangements for their boarding and lodging.

Meanwhile, Captain Amarinder Singh also requested Thackeray to issue necessary instructions to the district administration, Nanded, for making suitable necessary arrangements till such time a final decision is taken by the Government of India.