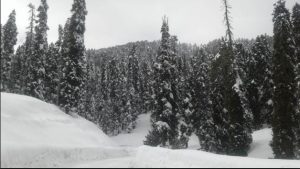 After experiencing three successive snowfalls over the past month, Kashmir is bracing for yet another on January 19.  According to weather department, this time snowfall will last four days and will gradually increase in its intensity.
State Government has issued an alert to people to be ready for the disruption as a result. People in the avalanche prone areas have been advised to take precautions.
Already at least ten persons were reported missing after three vehicles came under an avalanche at Khardung La in Ladakh area of Kashmir on Friday.
In case of heavy snowfall, the surface and the air transport are the first to be hit which leads to shortage of essentials.
The temperature in Srinagar and the famous resorts like Gulmarg and Pahalgam plunged to minus degrees. According to MeT department, Srinagar  recorded minus 0.7 degrees Celsius, Pahalgam minus 10.3 and Gulmarg minus 10.0 as the minimum temperatures on Friday.
However, more snow  has been a welcome development for the tourism. According to the tourism department,  hotels and guest houses are running full,  at Kashmir’s Gulmarg and Jammu’s Patnitop, the two most sought after places in the state during winter. Both local and outstation tourists have made their way to the  locations of Kashmir to experience the snow. 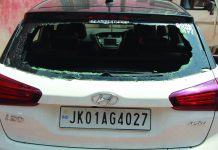