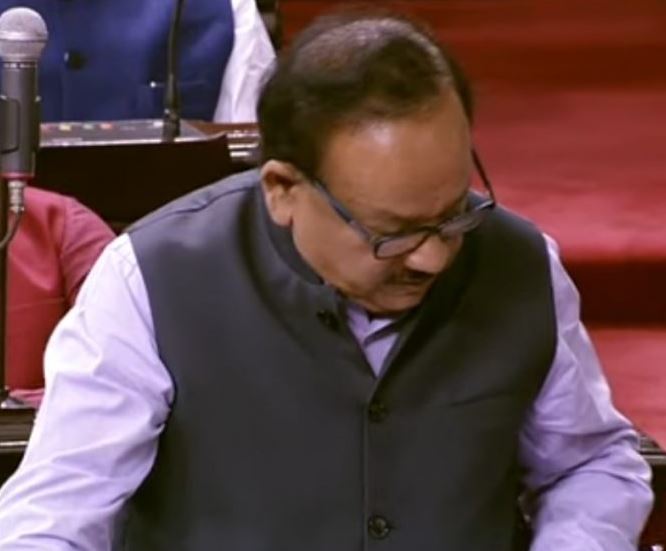 As of now, 29 confirmed cases of COVID-19 have been detected in the country. Of these, three (from Kerala) have recovered and have been discharged. Union Health Minister Dr Harsh Vardhan made a statement in both houses of the Parliament on Thursday.

The Minister further said screening of passengers was initiated in the country since 18th January 2020. Initially airports at Delhi, Mumbai, Chennai, Kolkata, Bengaluru, Hyderabad and Kochi were covered and subsequently expanded in a total of 21 airports. As per the evolving situation, initially Universal Screening was taken up for all passengers coming via direct flights from China, South Korea, Japan, Iran, Italy, Hong Kong, Vietnam, Malaysia, Indonesia, Nepal, Thailand and Singapore. Since yesterday directions have also been issued for Universal Screening for all international passengers coming in the country. Signages have been displayed at prominent places in airports and ports, In-flight announcements are being made and self -declaration forms are being filled up by all passengers. As on 4th March, a total of 6241 flights have been screened covering a total of 6,11,167 passengers. Teams of Specialist doctors were sent to all the airports to ensure effective screening and arrangement for isolation in the attached hospitals.

Since, in addition to COVID 19 cases related to travel, some cases of community transmission have also been observed, it has been decided to involve district collectors and States have been asked to form rapid response teams as the district, block and village levels, the Health Minister said.

The Minister said, “Private sector shall also be engaged for COVID19 management. HFM is having a meeting with key partners in the evening today.”

A total of 3542 samples have been sent for testing, of which 29 have been found to be positive for COVID-19 till now. Testing of 92 samples is in process and 23 samples are being reconfirmed.

World Health Organization (WHO) has declared this outbreak as a “Public Health Emergency of International Concern” (PHEIC) on January 30 and raised the level of global risk to “very high” on February 28. Though WHO has not declared COVID-19 to be Pandemic, it has asked the countries to remain prepared. It is worth highlighting that India initiated required preparedness and action at field level since January 17 itself, much before the advice from WHO, the Minister added.