JD(S) chief minister-designate HD Kumaraswamy said, he would meet Congress President Rahul Gandhi and Sonia Gandhi in Delhi on Monday to extend his gratitude to them. “I will discuss how many Congress and JD(S) MLAs will become ministers, we will decide about cabinet expansion. I will discuss everything with them on how to give a stable government for the next 5 years,” said Kumaraswamy.

He said a coordination committee would be formed to prepare a common minimum programme to implement the promises made by the two coalition partners.

Earlier in the day, Senior Congress leader Mallikarjun Kharge said, “High command will take decision. We, being a national party, supported JD(S) — a regional party —  to uphold Constitutional principles and democracy. Keeping everything in mind, there ought to be a ‘give & take’ equation.”

JD(S) spokesperson Danish Ali said, that the Congress-JD(S) alliance will last for a long time and grow stronger during the 2019 general elections. “The alliance of Congress and JD(S) will be really long. You’ll see the alliance grow stronger in the Lok Sabha elections too,” he said. 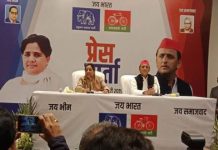