New Delhi: Congress leader Rahul Gandhi on Monday urged all Indians to stand together to secure a just and inclusive India, saying hate and violence are weakening the country.
His remarks came a day after communal clashes broke out in Himmatnagar and Khambhat cities of Gujarat during Ram Navami processions, leaving one person dead, and also violence in the JNU campus over serving of non-vegetarian food on the festival.

“Hate, violence and exclusion are weakening our beloved country. The path to progress is paved with the bricks of brotherhood, peace and harmony. Let’s stand together to secure a just, inclusive India,” Gandhi said on Twitter.

On Sunday, two groups of students clashed at the Jawaharlal Nehru University’s Kaveri Hostel allegedly over serving of non-vegetarian food on Ram Navami in the mess. Six students were injured in the violence.

Several purported videos of the violence surfaced on social media, with one them showing a student bleeding from the head. Officials have not confirmed the authenticity of the videos. 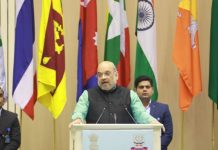 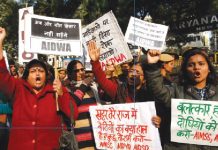