The Delhi High Court’s judgment quashing orders of the Election Commission on disqualification of 20 Aam Aadmi Party MLAs has brought back smiles for the AAP leaders but they need to contemplate on the steeply declining public support and poor perception building up against the party.

AAP had come into existence riding the crest of a popular wave which had people from all walks of life joining hands to provide clean politics and dream for a better India. Hundreds of professionals, including from overseas, had resigned from their jobs or had taken long leave to help the new party. Thousands had worked hard at the grassroots level to build up a base and persuade voters to elect a “different kind of government”. Lakhs had voted for the party candidates in Delhi, the nucleus from which it was to spread its wings across the country.

Over the years, however, the party is hurtling from one crisis to another and has almost lost the goodwill that had attracted voters to its commitment of ushering a revolution in governance. In fact the party has turned out to be the same, if not worse, than the other traditional parties. The decision of party supremo Arvind Kejriwal to tender unqualified apologies to several top politicians from the BJP, Congress and Shiromani Akali Dal, among others, has shattered the image of an honest, sincere, responsible and mature party.

The argument given by the party leadership for the series of equivocal apologies to various leaders is that Kejriwal was facing over 30 defamation cases across 21 states and that it was leading to “wastage of time” due to frequent court appearances. He also said that governance was suffering due to his frequent travels across the country for attending court cases.

However, what the unqualified apologies also prove is that he had been levelling false, unfounded and baseless allegations against all and sundry. Absolutely no effort was made by him or his advisers to cross check allegations. In other words, it showed complete irresponsibility on the part of Kejriwal and his advisers or supporters. The leaders or persons against whom such serious charges were levelled, and who must have felt humiliated in public and personal life, were made to suffer for no fault of theirs.

And now that Kejriwal has tendered apologies does it not amount to cheating the voters? Many of them would have voted for the party candidates in the firm belief that what Kejriwal and other leaders had been saying was factually correct. They were thus apparently misled for the sole objective of gaining political power. Does this not call for an apology to the voters. Is it not the moral responsibility for Kejriwal and other MLAs to tender their resignation and contest elections again?

In the run up to the Punjab elections, the AAP had made drug menace as a major election issue. It had been openly alleging that there was a nexus between top politicians and drug traffickers. There was hardly any pubic speech in which Kejriwal had not named former minister Bikram Singh Majithia, brother-in-law of then deputy chief minister Sukhbir Singh Badal and brother of Union minister Harsimrat Kaur Badal. Majithia, who belongs to a well-to-do family, had been firm in denying the charges but a public perception was indeed created around his name.

Not just that, its elected MLAs have been vocal in demanding ‘action’ against Majithia and have often raised the issue both inside and outside the Assembly. They have also been getting support from a section of Congress legislators even though they belong to the rival camp.

No wonder the state unit of the party reacted sharply to the sudden announcement regarding Kejriwal’s apology to Majithia. The behind-the-scene negotiations and formalities were kept hidden from the entire state unit of the party. The MLAs came to know about the deal only when Majithia held a press conference and displayed the letter of apology. It was a moral victory for Majithia but it came as a tight slap on the AAP’s face.

There was talk of a split in the party and formation of a new party. This proposal was shelved for the time being due to two factors. One, that the amended Act for a split in political parties had made it very difficult for parties to split within and outside the House. Within the House it can be possible only if the split unit merges with one of the parties. A merger was ruled out with both the Congress and the BJP. It could have merged with its alliance partner, Lok Insaf Party, but it was too small a party to merge with.

The second important reason which ruled out a split was the political uncertainty. It had been just one year since the election and none of the AAP MLAs could afford to take any risk and contest a fresh election.

In the meantime, Kejriwal and his associates were able to convince half of the MLAs on why it was necessary to end litigation even though it involved apology to political rivals. Though most party leaders do not endorse Kejriwal’s apology, they have little chance except to reconcile to the developments.

But it is not just in Punjab that the party is facing a serious crisis, it is finding itself in a mess even in its stronghold of Delhi. The relief provided by the Delhi High Court may turn out to be a temporary relief. The High Court has set aside the disqualification of 20 MLAs from the Delhi Assembly by the Election Commission but has asked them to again approach the Commission again for fresh hearing.

There is no doubt that the action of the Commission in disqualifying the MLAs was not above board. The legislators were not given any chance to defend their case. The order was passed just two days before the retirement of Chief Election Commissioner A K Jyoti who had earlier served as chief secretary in the Modi government in Gujarat. The expeditious acceptance of EC’s recommendations by the President and the ordering of disqualification had led to doubts over the intentions behind the disqualifications.

The High Court has not adjudicated merits or otherwise of the case. It has simply asked the Commission to hear the case again. In case the Commission sticks to its earlier verdict, the legislators concerned can again challenge the orders. Given the political sensitivity of the case it is expected to carry on and end only with the verdict of the Supreme Court.

Besides these developments, the internal crisis within the party involving sacking of stalwarts like Yogendra Yadav and Prashant Bhushan, suspension of two of the four party MPs, slapping of criminal charges against over a dozen of its legislators and nomination of moneybags to Rajya Sabha overlooking the claims of leaders like Kumar Vishwas has severely dented the party’s image. It shall take quite an effort and a lot of introspection for the party leadership to restore its credibility and faith among the common people. 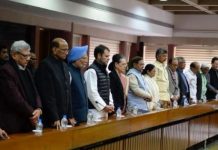 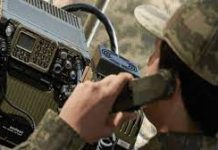