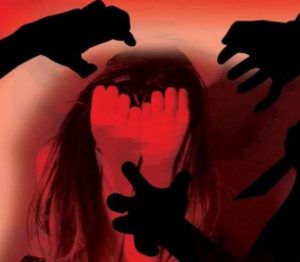 A woman was allegedly thrashed and gang raped by four men in Haryana on September 18 night. The incident happened in Ballabgarh in the state’s Faridabad District bordering Delhi.

An FIR has been registered and police have launched massive manhunt to nab the culprits.

Four youths countered the victim while she was strolling along with a male friend.

Balbir Singh, Superintendent of Police (SP), Ballabhgarh said, “We received information that a woman was gang-raped by four men. We have recovered important evidence from the spot and will find the culprits very soon. An FIR has been registered. We have rounded up some men, and the interrogation is underway.”

According to Police the victim and her male friend were beaten up, after which the girl was raped behind the bushes nearby. The four accused fled the spot then.

The police have collected evidence from the crime scene and probe is underway to nab the four men.