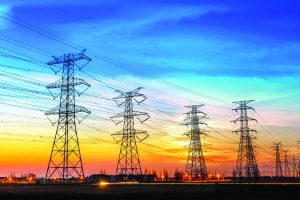 The latest report of Comptroller and Auditor General (CAG) has detected a loss to the Haryana state exchequer by the Dakshin Haryana Bijli Vitran Nigam (DHBVN).

The CAG report released on December 10, 2019 in Haryana Assembly during its winter session says that the irregularities detected in the DHBVN alone show a loss of more than 4,000 crore to the state exchequer in the year ending March 2018. The losses are on account of “avoidable burden of interest, avoidable payments and wasteful expenditure”.

There is a total loss is of over 5,000 crore if the losses of the Dakshin Haryana Bijli Vitran Nigam and the Uttar Haryana Bijli Vitran Nigam, the other power discom are combined. In addition about 16 lakh consumers have defaulted on their power bill payments. Other than ‘avoidable burden of interest, avoidable payments and wasteful expenditure’, the CAG report found the losses to the discom’s inability to achieve collection efficiency targets in the past five years.

The report pointed out that the DHBVN had to bear a loss of 2,703 crore as technical and commercial losses were more than what was prescribed by the Haryana Electricity Regulatory Commission (HERC). Also the DHBVN recovered 935.91 crore less as additional advance consumption deposit from its consumers and, as a result, had to bear an avoidable interest burden of 122.05 crore on increased borrowings.

The discom supplied excess power of 1,615 metered units to unmetered agriculture pump-set consumers, resulting in a loss of 18.90 crore. The DHBVN failed to achieve collection efficiency targets in the past five years, ending March 2018 as prescribed by the HERC. As a result, recoverable amount had increased from 4,460 crore in March 2014 to 7,332.70 crore in March 2018. On the Uttar Haryana Bijli Vitran Nigam (UHBVN), the CAG pointed out that extra expenditure of 5.34 crore was incurred “on purchase of transformer oil by resorting to limited tender enquiry instead of open tenders”.

Enquiries reveal that the consumers including farmers, residential and domestic consumers and even government-owned bodies had not paid electricity bills amounting to about 7,975.81 crore to the Haryana Power Discoms. The outstanding dues to Uttar Haryana Bijli Vitran Nigam and Dakshin Haryana Bijli Vitran Nigam include 581.45 crore by industrial consumers and 598.63 crore by commercial users. 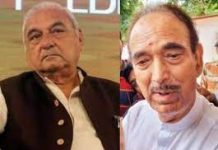