A historical judgment was delivered by Additional District Judge Jasbir Singh Kundu of the District and Sessions court, Gurugram on September 6 in the controversial 464 acre Gwal Pahari land scam. The judgment said that the 3,000 crore worth land belongs to the Panchayat and it must be returned to it.

Thus the decision has reversed a civil court order earlier this year which had said that this right vested with the private owners. Now the court has also directed Gurugram Divisional Commissioner D Suresh to submit a fact-finding report in 3 months time.

Involved in this land case are powerful men including builders, bureaucrats and some people from the judiciary as well. Considered prime land because of its proximity to New Delhi, Gurugram and Faridabad, everyone wanted to have a share at a considerably lower price.

But while delivering the all important judgment, the District and Sessions court has also given time to the 322 entities who are claiming ownership over the disputed land to file an appeal before the Punjab and Haryana High Court. Incidentally, around 300 of the 322 entities are villagers and owners of several farmhouses. Among them are also two real estate developers. According to reports they have under construction Special Economic Zone (SEZ) projects in the same area which is reported to be very expensive.

In its order, the court directed that in the Gwal Pahari case, status quo must be maintained for construction, possession or change of nature of the land during the prescribed period of limitation to file appeal. This may again complicate the matter more as the owners of the land are high and mighty people and they will certainly not like to let go their prized possession to the Panchayat, which otherwise should have been the rightful owner of the land.

The Panchayat land come under scrutiny from early last year. T L Satyaprakash, the then District Collector and MCC Commissioner had made invalid an earlier judgment of the Revenue Department which had given ownership of the said land to the Municipal Corporation of Gurgaon (now Gurugram). In his order IAS T L Satyaprakash, known to be an upright officer had declared that the villagers, farmhouse owners, as well as the private builders were the rightful owners of the land which was estimated to be worth a whooping 3000 crore.

But in the latest development, the Additional District Judge Jasbir Singh Kundu has ordered that the private owners including the villagers, farmhouse owners and private developers have no reason to claim ownership of the 464 acres of land. In his order the judge declared that the `gair mumkin pahar’ or uncultivated land originally belongs to the local panchayat and it must have its possession as well. He declared that `shamlat’ (common village land) cannot be sold and therefore the process followed by the Panchayat earlier in this regard was illegal.

Now, the district and sessions court has also directed the Municipal Corporation of Gurugram to pay compensation to the panchayat for transferring the ownership to them. The direction came in the court’s order delivered on September 6. But, the corporation can challenge this order in the higher court. For selling and buying the prime land at a very cheap price, the court made some strict observation against some builders, bureaucrats and some members of the judiciary also involved in the process and in whose possession the land is at present.

In its observation on August 31, 2018 the same court had said that despite the stay, the then Gurgaon Collector IAS, N C Vashisht had taken some unpalatable decisions. All the rules and regulations had been kept aside which resulted in wasting the court’s time. The Haryana Chief Secretary must take action in this regard and present a report in three months.

In March last year, the Gwal Pahari land issue had cropped up in the Haryana BJP meeting in Gurugram. A few BJP leaders had accused officials and some party leaders of making certain changes in the metro rail route near Gwal Pahari to help a powerful section of people with vested interest. Among the voices of protest raised were those of Gurugram MLA Umesh Agarwal also. Charges were hurled against an IAS officer, three local leaders and a relater of a minister responsible for the change in the metro rail route. But the state BJP had downplayed the issue then.

The buying and selling of land in Gwal Pahari area had started almost four decades ago. Many farm houses and huge bungalows were built on the said land by the well-to-do people. The court also asked for action against the Sarpanch of the village. The court also asked the Regional Commissioner of Gurgaon to investigate the role of the government machinery in the matter and also find out who all are eying the panchayat land. The Corporation must also compensate the real owners of the land. It was in the year 2008 when a major sale and purchase of Gwal Pahari land took place. When the Gurgaon municipal corporation was formed the same year, the Panchayats in the area also came under it.

It was at this time when the MC began to take possession of the panchayati land. Then those people who had already purchased the land went to the court. But the MC had a readymade answer for this. The MC observed that the panchayat had no right to sell the land.

Now, the villagers, farm house owners, as well as private developers claim that since they had purchased the land even before the formation of the Gurugram Municipal Corporation, they should not be affected by any adverse decision in this regard.

It was in March last year that the Gwal Pahari land issue had cropped up in the Haryana BJP meeting in Gurugram. A few BJP leaders had accused officials and some party leaders of making certain changes in the metro rail route near Gwal Pahadi to help a powerful section of people with vested interest. Among the voices of protest raised were those of Gurugram MLA Umesh Agarwal also.

Charges were hurled against an IAS officer, three local leaders and a relativeof a minister responsible for the change in the metro rail route. But the state BJP had managed to downplay the issue then. 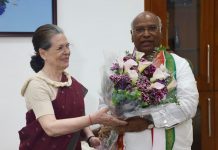