This will be PM Modi’s second rally in the poll-bound Haryana in two consecutive days.

The prime minister is scheduled to address four rallies in the state in five days.

Haryana Assembly will go to polls on October 21. The results will be announced on October 24. 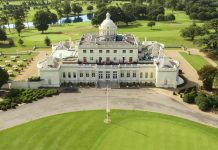