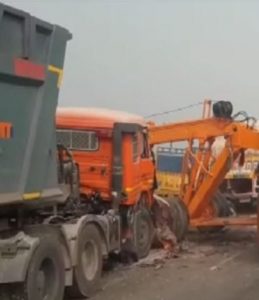 Eight people were killed and several others injured on Monday morning in a massive pile-up of 50 vehicles, including buses due to dense fog on the Rohtak-Rewari highway between Delhi and Haryana.

The accident took place near a flyover in Haryana’s Jhajjar. Of the eight dead, six are women.

The eight people who died were travelling in a jeep when it collided with a truck.

According to a Jhajjar police official, “as the cruiser jeep collided with a truck, other vehicles which were close behind also rammed into each other.”

The pileup led to a 2 km- long traffic jam on the highway.

The state government has announced a compensation of Rs. 2 lakh to the kin of the deceased and Rs. 1 lakh each for the injured. 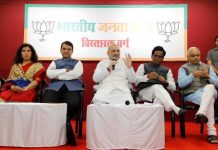