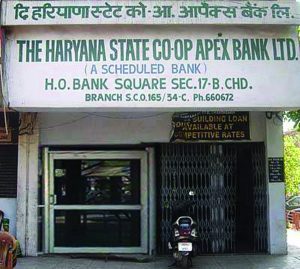 Employees of the Haryana State Co-Operative Apex Bank Limited, (HARCO) Chandigarh are on warpath against the management. The ire of the employees is directed towards the Managing Director of HARCO-Manoj Kumar Bansal. Every day in the afternoon the agitated employees hold a gate meeting and shout slogans of “MD go back. We don’t want you here.’’ They also wear black badges as a mark of protest.

The employees and officers union have even put an effigy of the MD outside the entrance door of the office with the words ‘GO BACK’ written on it. Two protesting bank employees are sitting on day- long dharna every day to press for their demands.

HARCO Bank is a scheduled bank as per Reserve Bank of India (RBI) norms. It has thirteen branches and two extension counters working in Chandigarh and Panchkula. It borrows from NABARD, state Government etc. to meet expenses for its various schemes.

Talking to Tehelka, Nandlal, president of HARCO Bank Employees Union and Kuldeep Kaushik, DGM and president of HARCO Officers Union said the MD Manoj Bansal’s behavior is dictatorial which is just not acceptable to them. They  said the MD maintains an anti-employees stand and takes unilateral decisions against them even when they are not at fault. Nandlal charged MD Manoj Bansal of suspending  bank employees without following proper procedures or giving charge sheet to them.

“The MD Manoj Bansal is supposed to be a professional, but he functions in a most unprofessional manner. All the bank employees are now fed up of the kind of behavior that the MD dishes out to the office workers. Suspension orders are issued left, right and centre without any rhyme and reason. We are employees of the government bank appointed on merit. Why should we tolerate such behavior even if the MD is our superior,” asks Nandlal.

According to the union leader, the office atmosphere has been vitiated ever since Manoj Bansal took over as the MD of the bank  two years ago in December 2017. He charges Bansal of making false promises to them. He assures welfare of the employees, but his actions defy his promises. All the employees are now wary of such promises. “We just want the MD to go. We can’t work under him anymore, says Kaushik.

Nandlal says the most objectionable decision of the MD was to bring a resolution last year to forcibly retire employees who have completed 50 years of age or 25 years of service in the organisation. This agenda was there in the Board Meeting. It was only because of our strong objection that the obnoxious decision was taken back. But we fear this is not the end of the matter as the highly objectionable proposal may be brought back in the agenda again in future. Most of the bank workers were shocked by the agenda, says the employees union president.any time again in future. When we are working so efficiently how does the age matter? Our retiring age is 58 and we will serve the bank till then. No one can forcibly remove us before that,’’ says the employees union president.

The employees union leader says a GM level officer was suspended on flimsy ground of attending a political rally of a politician during the Jind by-election. For the last eight months this officer has not even been given the charge sheet. The union members charge that this officer was suspended because he refused to sanction a loan of Rs 18 crore to Adesh Medical College as there were no proper documents made available. According to Nandlal, the MD put tremendous pressure on him and told the officer to sanction the loan to the college immediately as he was under pressure from the Chief Minister to do so.

According to the employees union of HARCO bank, bank workers are being suspended on anonymous letters written to the MD, which have no legal sanctity at all. “For any suspension order there must be proper charge sheet prepared and the concerned employee must be given an opportunity to explain his point of view. Also there must be sufficient causes and reasons and proof of misconduct or dereliction in duty before any employee can be suspended, but in our case it is done on the whims and fancies of the MD,’’ says Naandlal.

Both the union leaders charge the ND of wasting public money on useless activities and appointments. “The MD has employed two retired senior officers of the SBI as advisors on exorbitant salaries. These offices have no work  except loitering around the office,’’ they claim. According to the union leaders, the bank does not even maintain the log book. They say the bank’s profit has nosedived under the MD.

However, Managing Director of HARCO Bank, Manoj Bansal denies all the charges leveled against him by the union leaders. Talking to Tehelka, Bansal says the employees union is trying to defame him because he is strictly implementing rules and regulations in the bank and trying to instill strict discipline so that they work properly.

“Tell me what is my fault? Is asking the employees to work and maintain discipline wrong? Many of the union leaders never care to work. Many come late or are absent from work. The first thing I did was to install biometric attendance machines in the office to ensure that the employees attend office and do work. But this has not gone down well with the employees who want complete freedom without any discipline and work. I cannot allow  that to happen,” says the MD.

Bansal says because he has suspended employees involved in huge scams, the union is spreading venom against him. The MD shows documentary proof of action taken against a manger involved in a 76 crore loan sanction fraud in Fatehabad which he was not even sanctioned to do so. He said the loan sanctioning authority should either accept or reject the loan proposal. The proposal should never be kept pending. He said the reason for the suspension of the bank employee in Kurukshetra was done for participating in the political rally of Congress leader Randeep Singh Surjewala during Jind by-poll and not for any other reason as is being claimed by the union leaders.

According tp the MD, the two Advisors hired by HARCO bank are doing an excellent job and bringing good business to the bank. “They have formulated new schemes for bank loans which are very beneficial to the bank. The retail business of the bank was 22 crore when I took over and it has increased four times now to 85 crore. There is no truth in the claims of the employees of poor business,’’ he says.

“I am following all rules and regulations in suspending employees in a bid to improve the working atmosphere in the bank. There is nothing wrong in doing that. I will not be cowed down by threats of strike because I am on the right path. At the same time I am always open and ready for talks with the employees if they so want,” says Manoj Bansal. 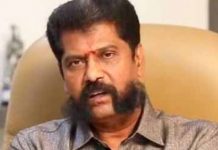 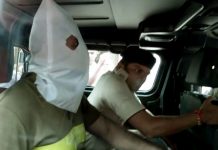