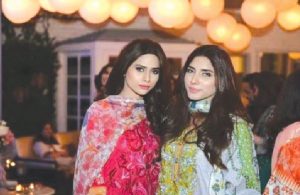 The two pretty Khan sisters, one actor and another model, Huma and Huzma, as predicted by a London-based journalist, Rashid Masud (RM), would have to withdraw their complaint against Aamna Usman, daughter of Malik Riaz, and her 12 security guards. His prediction proved correct, the innocent girls have withdrawn the criminal case.

RM, who is known for exposing the dirty games of the Pakistani establishment i.e. army and its sponsored politicians, had cautioned Huma and Huzma that in spite of the support they have received from the nephew of the Prime Minister Imran Khan, they would never get justice in the Islamic state of Pakistan. The tenets of Islam which stand for justice are being compromised under the much-trumpeted Riasat-e-Madina an euphuism for Ram Rajya for Hindus, but there is no justice for the hungry, impoverished people of the country. RM has regularly been telling Pakistanis that their country has been hijacked by the power-hungry men in uniform and the politicians and media is just their subservient. The intelligence agencies, especially Inter-Services Intelligence (I-SI), have learnt to control judiciary and media and how to use these democratic institutional, essentials of any democracy. The army uses its influence in maligning inconvenient politicians through its pro-army journalists and channels.

Malik Riaz, who was arrested by the British police for money laundering in London, was spared due to the intervention of the Pakistani High Commission in London. He was the conduit for siphoning off tainted money grabbed by generals and pro-army politicians. Therefore, he had to be spared and saved from any judicial trial or media attention.

The Imran Khan government has ordered to keep the Malik Riaz deal with the British government under wraps as the most confidential document. Malik Riaz owns huge properties, both personal and on behalf of the corrupt generals and politicians, in Britain and Europe, is considered one of the most influential person in the country. RM is not off the mark, when he stated that this businessman is much more powerful than the prime minister of Pakistan and chief justice of the Supreme Court.

Therefore, it is not surprising that Aamna Usman’s attack at the residence of the Khan sisters, did not get any coverage in the mainstream media, newspapers and television channels, though the victims themselves recorded the attack and shared it on social media and had addressed a crowded pres-conference in Lahore.

It is not for the first time that women in the show-world of Lahore were victimized. The famous heroine of Lahore, Shabnam, earlier name Jharna Basak — a Bengali Hindu from East Pakistan now Bangladesh, too was harassed and goons related to the high and mighty of Pakistan even raped her. It had happened in 1976. Her husband and young son were tied up and the five goons raped her in front of them. The Pakistani condoned this ghastly crime as an expression of Pakistan’s extension of war against Kefirs. However, due to the outcry of the Lahore film world, a military court sentenced them to death, but the then military dictator, Zia-ul-Haq, pardoned the criminals because it was a crime done against a Hindu woman! In spite of these overtone of Islamic assertions, Shabnam was honored in Lahore for her lifetime award.

During 2018, elections, Imran Khan’s, Pakistani army supported political outfit, the Pakistan Tehreek-e-Insaf Party, gave party ticket to contest the National Assembly to one of Shabnam’s rapists, Farooq Bandial. Khan gave him a warm hug at a public function while announcing Bandial’s candidature. He, however, had to withdraw the party ticket to the rapist, following media exposure. In spite of these exposures, the attitude of the regime towards women continues to be the same. Khan refuses to acknowledge that daughters of poor Pakistanis are being trafficked to China. 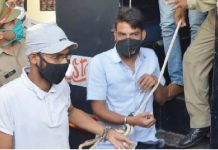