Gunman Mahipal, who shot an additional session judge’s wife and son in Gurugram on October 13, was sent to 14-day judicial custody.

The Gurugram Police on October 5 detained the assailant’s mother and cousin for interrogation.

On Saturday, the police arrested the gunman and said that they are yet to ascertain the reason behind the crime.

The incident took place on October 13, near Arcadia Market in Gurugram, when the additional sessions judge Krishan Kant’s wife Ritu and their 18-year-old son Dhruv had gone for shopping.

The gunman opened fire and injured both of them. While the judge’s wife succumbed to her injuries in a hospital, the son of the additional sessions judge was declared brain dead and put on life support system.

Mahipal Singh hailed from Mahindargarh had been posted with judge, Krishan Kant for nearly two years. 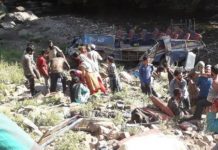 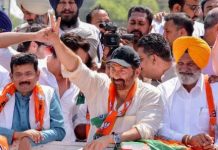