In a suicide attack on a Gurdwara in Kabul, Afghanistan on March 25, many Sikh devotees lost their lives whereas many others were injured, some of whom are said to be in critical condition. Islamic State (IS) has claimed responsibility for the attack. This attack came at a time when the world is suffering from the havoc of Coronavirus, and such a dastardly attack is a shame to humanity.

The attack was carried out by the terrorists at the Gurdwara in the capital city of Kabul at seven-thirty in the morning when a large number of Sikh devotees were there for prayer. There was a sudden explosion in which at least 27 devotees died. Soon after the incident, security forces laid siege to the Gurdwara and retaliated.

There are about 325 Sikh families living in Afghanistan. Their number is more in Kabul and Jalalabad. There are also Gurdwaras in these two cities. When the attack took place, more than 150 devotees were present at the gurdwara.

This is not the first time that minorities have been attacked in Afghanistan. In 2018, there was a suicide attack on a convoy of Hindus and Sikhs going to meet President Ashraf Ghani. 19 Sikhs and Hindus were killed in that attack. The attack took place in a market located a few hundred meters from the premises of the Governor of Jalalabad Province. Due to these attacks, there has been a large sense of insecurity among the minorities there.

Taliban spokesman Zabihullah Mujahid said that his organization has nothing to do with the attack.  After which IS issued a statement and claimed responsibility for it. The Afghan government has confirmed it and called it a cowardly attack.

Some time ago, a peace agreement was signed between the US and Taliban regarding Afghanistan, which was something IS did not wanted. After the agreement, IS threatened Afghanistan and started to carry out attacks in various parts of the country.

Condemning this attack, Ministry of External Affairs of India in a statement conveyed sincerest condolences to the immediate family members of the deceased and wish speedy recovery to the injured.

“India stands ready to extend all possible assistance to the affected families of the Hindu and Sikh community of Afghanistan,” the statement said.

The MEA in the statement further said that such “cowardly attacks on the places of religious worship of the minority community, especially at this time of COVID 19 pandemic, is reflective of the diabolical mindset of the perpetrators and their backers”.

“We commend the brave Afghan security forces for their valorous response to the attack and their exemplary courage and dedication to protect the Afghan people and secure the country,” it said.

“India stands in solidarity with the people, the Government and the security forces of Afghanistan in their efforts for bringing peace and security to the country,” it added.

Expressing condolences, Indian Prime Minister Narendra Modi said, “ I am very sad because of the terrorist attack in Gurdwara in Kabul. I express my condolences to the families of all those killed in this attack.”

Union Minister of India Hardeep Singh Puri condemned the attack on Gurdwara in Kabul and said, “Suicide attack on a Gurudwara Sahib in Kabul needs to be strongly condemned. These killings are a grim reminder of atrocities that continue to be inflicted upon religious minorities in some countries & the urgency with which their lives & religious freedom have to be safeguarded.”

US Sec Pompeo said US condemns “horrific ISIS-K claimed attack on a Sikh temple and community center in Kabul this morning which took the lives of more than two dozen innocent people, the Afghan people deserve a future free from ISIS-K and other terrorist activities.”

Alison Blake, British ambassador to Kabul, tweeted: “Appalled by today’s attack on a #Sikh-Hindu temple in Kabul. I commend the local authorities for their quick response. Religious minorities should never be a target.”

Outraged by the attack, The United Nations Assistance Mission in Afghanistan (UNAMA) said, “outraged by attack , No justification for killing civilians at worship. Our condolences to the victims and their families.”

There are frequent attacks on the religious sites of minority Sikhs and Hindus in Afghanistan. The Sikh and Hindu communities are frightened there. In recent months, a large number of Sikhs and Hindus decided to leave the country and have sought refuge in India. 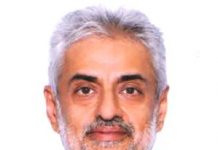 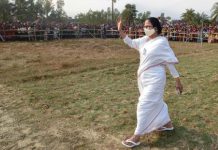