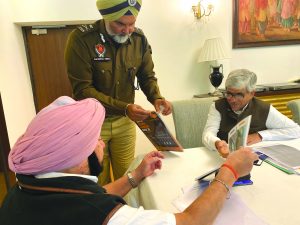 The smooth and peaceful conduct of the recent fortnight-long 550th birth anniversary celebrations of Guru Nanak Dev, the first Guru of the Sikhs, at the heritage town Sultanpur Lodhi in Kapurthala district of Punjab, which witnessed millions of devotees arriving here to pay obeisance from across the globe, was the first event of its kind held over an extended period in Punjab.

In absence of any organizational data legacy and anticipated magnitude of the event made it all the more challenging for the state police given the intense public and media scrutiny that the event came under. It had long before been internationally publicized since Pakistan initiated the move to open Kartarpur Corridor, a long cherished dream of the global Sikh community.

Punjab being a border state and the celebrations spilling over on both sides of the international border it shares with Pakistan, it was a herculean task of drawing an elaborate, hassles-free security and traffic plan for this small hosting town of 16,000 population which witnessed a daily footfall of about lakh devotees.

“To manage this in a small area was a challenge that took us an year to plan. Our major handicap was absence of any legacy data to draw from. We went about planning very thoroughly, conducted surveys, studied anticipated load bearing capacity. I and my team visited Kumbh Mela at Prayagraj this February-March and Patna Sahib in Bihar,” shared overall incharge Naunihal Singh, an IPS officer 1997-batch, presently posted as Inspector General of Police (IGP), Jalandhar Range.

There were many firsts achieved by his team thanks to the latest technology that ensured no security letup and traffic congestion during extended period of celebrations concentrated in a small area of the town having no space for hosting them. The rush of devotees actually started from October 26 due to Diwali holiday.

According to local residents, there were apprehensions normally associated with such large influx of devotees from outside. Though the state government had erected a tent city meant to accommodate about 45,000 visitors, yet the accommodation challenge was easier to deal with since the devotees coming and returning the same day after paying obeisance.

As a local businessman Vivek Bhushan Pasricha put it, “Overall it was a smooth affair, no traffic congestion at all, which was the major concern yet I must say some apprehensions were there initially because the residents had never seen any religious or other festivities of this scale here. Though the local grain market was ordered to be closed and no commercial vehicles including tractor-trolleys carrying Paddy were allowed into the town to ease traffic yet for us the sense of devotion prevailed over the financial interests for a fortnight.”

The location of Sultanpur Lodhi posed a geographical challenge to the planners. It is located next to confluence of rivers Beas and Sutlej. Besides the limited number of approaches to it through six bridges across of both rivers from Majha and Malwa regions which comprise major area of the state, the town is hemmed in by rivulet Kali Bein on one side, Nalla on the second and a railway track on the third side.

The planners had also to grapple with the fact that though the anticipated rush of devotees was in million yet the town had nearest four-lane roads 21 and 45 Kilometres away and the broadest road available was only 33-feet wide. This required creation of infrastructure over the water bodies and the railway track to facilitate movement.

All were ushered in from the helipads to the main venue and taken back from the dedicated direction which did not cross the routes meant for the devotees. The town became so stressed with rush that it assumed roughly three time bigger size during the entire period of celebrations. The state government temporarily hired 1000 acre land to create multiple parking, pandal, secure vacant areas, helipads and temporary Police Lines.

Given the heightened security perception, anti-terrorist and special squads were deployed but hidden from the public eye. The overall presence of 7000 police personnel employing zero arms concept was in sync with the religious sanctity of the event. About 1000 camera were operational including 500 installed by the police to keep an eye on every movement. About 250 police patrolling vehicles meant for live monitoring besides fire tenders, recovery vehicles and ambulances were part of the elaborate security system.

For the first time in the state police history, about 3500 cops on duty in and around the town were put under Global Positioning System to ensure no laxity in duty. They were provided special tented accommodation equipped with all facilities as the Punjab cops in general are not used to long duration of duty extended over a fortnight in the present case.

It was indeed very stressful for the police and civil administration to meet very high level of expectations and exactitude of performance given the social media and mainstream media scrutiny. To facilitate public convenience and effective security, the planners made optimum use of technology. For the first time and over an unprecedented extended period, drones were used for planning surveys; later surveillance and monitoring. The massive arrangements of course involved huge cost but again the credit goes to those at the helm of planning and execution that the funds spent were worth the effort. The government allocated over 10 Crore budget to the police of which little over 8 Crore was spent and the rest returned to the government kitty. Notably, 60 percent of the assets created as part of the infrastructure out of the police budget are reusable.

“I don’t say it was my brainchild yet I take pride in creating the concept. My greatest satisfaction is that we have set up a organisational benchmark for our own police for future events of this scale,” summed up IGP Naunihal Singh. 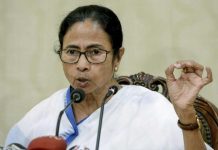