It’s one of the most clichéd pieces of advice given to new authors of fiction, both literary and commercial. Write what you know. It’s good advice; one of the worst things a new author can do is seem inauthentic. Indian commercial writers certainly follow it to the T, with a conveyor belt of engineers writing about being engineers, bankers writing about being bankers, college students writing about being college students.
In Bankerupt, his sixth book (in six years; “If you want your books to be read, you have to constantly be producing work,” he says), banker-author Ravi Subramanian drifts from Twain’s maxim by penning a tale that, despite its title, has only a tangential connection to banking. Instead, it is about two subjects that Subramanian cannot legitimately claim to know: the murky US debate on gun rights and the murkier waters of the politics in American academia.
Subramanian readily acknowledges that he knew little about the issues. “I knew about banking,” he says during a phone interview, “but I had only interacted with Indian academics.” He read up on the subjects in order to seem authentic, read Glenn Beck in order to understand the motivations behind the gun lobby, spoke to professors he knew in the US to understand the pressures of getting tenure. He even sent his manuscript to a number of academics to ensure there were no obvious logical errors.
But there’s the thing about ‘write what you know’. Author Nathan Englander calls it the “most misunderstood piece of advice there is”. “What it is, is empathic advice,” he says in a video on the website Big Think. “It is advice about feeling.” What Subramanian has done in Bankerupt is lay out the primary contours of the gun debate and weave them into a thriller. Logically, Subramanian assures me, there is nothing wrong with Bankerupt. But emotionally, he is consistently off-key.
So we have the Bollywoodesque opening image of a weeping Bill Clinton confronting a portrait of Thomas Jefferson after the Columbine massacre. “‘You,’ he said. ‘You are the one responsible for this, Mr President. You. Thomas Jefferson. I blame you.'” (Jefferson’s crime, the book explains, was insisting on an inviolable Bill of Rights, which gave the US both freedom of speech and the right to bear arms.) It’s a clumsy, cartoonish moment included both for “entertainment” as well as exposition.
Thankfully, the melodrama is restricted to that one scene, and the book immediately moves on to the murder mystery at its heart. A conscious decision, Subramanian says, keeping his audience in mind. “Normally, people are willing to give you a few chapters before deciding whether they will continue with the book.” Continuing to talk about what is essentially an alien issue for his primarily Indian readership would have put off readers. The debate shows up later in the book, where the characters tell each other, and the reader, what the various issues are (thus ignoring the second most frequent piece of literary advice: show, don’t tell). These conversations, however, are the opposite of that opening outburst, sterile pieces of exposition that never acknowledge the deep emotions that fuel both sides of the debate.

But then again, Bankerupt is not really about gun rights, or academia, or even banking. It is, like Subramanian’s previous books, a morality tale against greed. It’s a good thing, gratifying even, for a banker to be writing about right and wrong, but he has been criticised in the past for being too simplistic about it, for creating characters who represent either extreme, and having bad things happen to the bad guys in the end. Subramanian, who is noted for listening to his readers, has, after taking into account some of the negative feedback, toned down the moral absolutism somewhat. Also, when he talks about greed from the point of view of a professor bending the rules of academia for greater research grants, he is genuinely interesting.
But Subramanian himself may justifiably be accused of bending the rules for greater sales. “The John Grisham of banking,” the Wall Street Journal calls him in a blurb on the cover. It’s actually a title he came up with himself. In an interview with Khushita Vasant for the Journal’s ‘India Realtime’ blog, the introduction mentions that his website says that it is a title he aspires to; at no point does Vasant actually call him that. The phrase is, however, mentioned in the headline — “Meet the ‘John Grisham of banking'” — which Subramanian and his publishers printed as a blurb for his previous book, Bankster. In Bankerupt, the word ‘meet’ is conveniently dropped, as are the quote marks, making it sound like a ringing endorsement from a reputed international newspaper.
Whatever be the propriety of publishing such a claim, it is a title that has come to be associated with Subramanian. For a writer of commercial fiction, those are big shoes to fill. Bankerupt is easily Subramanian’s best effort till date, but if he is to come anywhere close to Grisham’s skills at providing insight, information, drama and, above all, authenticity, he has a long, long way to go.
ajachi@tehelka.com 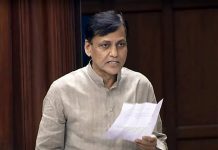 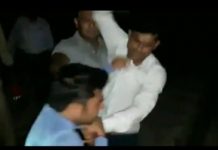