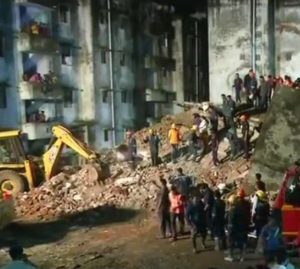 Several people are feared trapped after a four-storey building collapsed in Gujarat on Sunday.

According to the reports, the building collapsed in Odhav area of Ahmedabad in the western state of Gujarat.

Four people have been rescued from inside the collapsed building.

According to the Ahmedabad Municipal Corporation (AMC) officials, National Disaster Response Force (NDRF) and the local fire brigade were deployed to evacuate the people from the debris of the collapsed building.

AMC officials had asked people to vacate their houses after it appeared that the building might collapse any time, but few residents came back.

As per the AMC Assistant Chief Fire Officer Rajesh Bhatt, “four people had been rescued so far.”

The exact number of people trapped under debris is not known but as per reports, it was likely 8-10 people.

Gujarat Chief minister Vijay Rupani had directed the district collector to take the services of the NDRF to evacuate the trapped people. 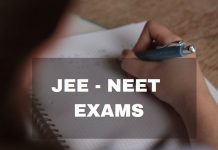