The Supreme Court on Tuesday granted bail to 14 convicts sentenced to life imprisonment for the 2002 post-Godhra massacre case.

The convicts have been granted bail on the condition that they will not enter the state.

The men have been directed to stay in Madhya Pradesh’s Indore and Jabalpur and participate in social and spiritual services.

A bench headed by Chief Justice of India SA Bobde and Justices BR Gavai and Surya Kant also asked district legal authorities in Jabalpur, Madhya Pradesh, to ensure that the convicts do the social and spiritual work assigned to them.

The case relates to the massacre of 33 Muslims at Sardarpura village in the aftermath of burning of coaches of Sabarmati Express at the Godhra Railway Station in Gujarat on February 27, 2002 in which around 58 people lost their lives.

The incident had triggered large-scale riots in Gujarat which claimed many lives. 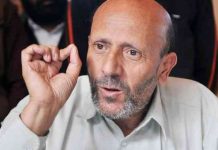 Act like a statesman to resolve Kashmir: Engineer Rashid to PM 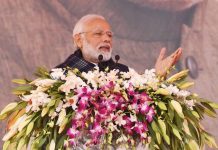