Kokrajhar : Independent MLA from Gujarat Jignesh Mevani was granted bail on Monday by a Kokrajhar Court in a case related to a tweet by him against Prime Minister Narendra Modi.
Kokrajhar First Class Judicial Magistrate Bhavna Kakoty granted him bail with several conditions, details of which are awaited.

Mevani was taken back to the Kokrajhar Jail after the hearing, and his lawyers said they are working on the formalities related to the bail bond.
Mevani was arrested on April 19 from Palanpur town in Gujarat after an FIR was lodged in Kokrajhar Police Station over his tweet, in which he had said Prime Minister Narendra Modi “considered Godse as God”. 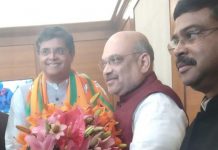 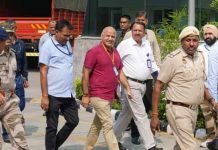