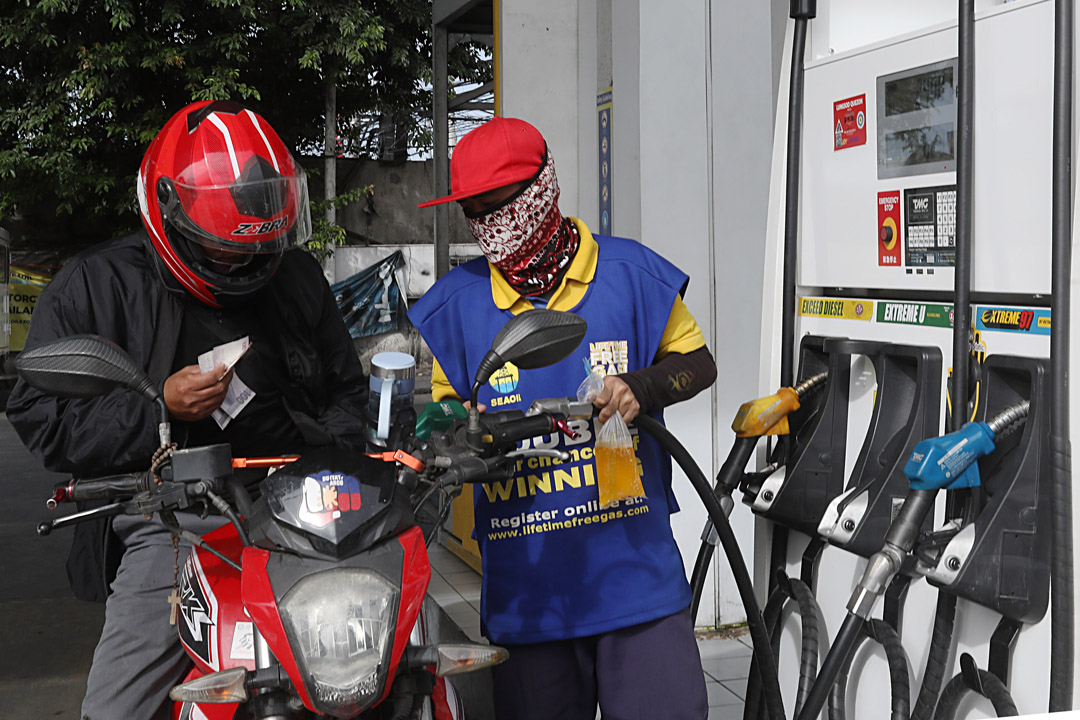 The government knows the importance of keeping retail prices under control, particularly when elections in five states are at hand. Inflation has been one of the major election issues in the past and humble onions have played a significant role in altering poll results.

When Yashwant Sinha, a former Minister of Finance, tweets, it can’t be ignored lightly. He had tweeted, “We are a country of dead people. Nowhere else would people have tolerated the daily and unjustified rise in petrol, diesel and lpg prices. If the government collected Rs
75,000 crore in taxes in 2014, it is today collecting Rs 3.50 lakh crore. Isn’t it daylight robbery?”.

The crude price is a weighted average price of Brent, Oman and Dubai. India imports nearly 80 per cent of its crude oil requirements from abroad. Crude oil needs to be refined by refineries and Oil Marketing Companies (OMCs). In the domestic market, fuel price is partly shaped by actual supply and demand, and mostly by taxation and dealer commission.

The fuel price hike had led to a spike in the prices of vegetables, especially onion and tomato.  Similarly, the prices of edible oil too continue to be dearer due to high global prices. It is not that the government is not taking due measures. The government has a reserve of 200,000 tonnes of onions to deal with potential spike in prices during the current lean season. The government’s fears are not unfounded particularly when elections in five states are at hand. Onions have played a significant role in altering election results of
elections in the past too.

Inflation has been one of the major election issues in the past. Onion prices tend to rise during September-October. These months tend to be tough on consumers because prices rise as new crops start arriving only by December while old stocks start drying up. Andhra Pradesh, Maharashtra and Karnataka are major onion-producing states contributing about two thirds of the total produce. With the festival season already set, inflation can spoil the party of the middle class and poor.

Interestingly the RBI’s Monetary Policy Committee (MPC)  that met to take stock of the situation “to alleviate distress and prioritizing growth” observed that the Central Bank’s approach can be best described by weaving together two quotes from Martin Luther King Jr1 “But I know, somehow, that only when it is dark enough can you see the stars. Keep moving. Let nothing slow you up. Move on …..”

The MPC met in the shadow of the two recent inflation prints being above the upper tolerance band of the inflation target. Consumer price inflation remained on the upside reflecting a combination of adverse supply shocks, elevated logistics costs, high global commodity prices and domestic fuel taxes. The headline inflation remained above
the upper tolerance level. International crude oil prices remain volatile; any moderation in prices as a consequence of the OPEC plus agreement could contribute towards alleviating inflation pressures.

The RBI observed, “The recent inflationary pressures are evoking concerns; but the current assessment is that these pressures are transitory and largely driven by adverse supply side factors. We are in the midst of an extraordinary situation arising from the pandemic.
The MPC continues to be conscious of its mandate of anchoring inflation expectations as soon as the prospects for strong and sustainable growth are assured”.

Assessment of Growth and Inflation
In its October report, the RBI found that the Consumer price index (CPI) inflation breached the upper tolerance threshold of 6 per cent in May and June 2021 driven by supply-side pressures in food, fuel and core inflation. In August 2021, inflation eased to 5.3 per cent, aided by a moderation in momentum and favourable base effect.  Manufacturing firms polled in the July-September 2021 round of the Reserve Bank’s industrial outlook survey expect the cost of raw materials and selling prices to rise further in third quarter of 2021-22.  Service sector companies participating in the services and infrastructure outlook survey also expect further rise in input cost pressure and selling prices in third quarter of 2021-22.

During April-September 2021, the MPC met thrice. In the April meeting, the MPC noted that supply side pressures on inflation could persist while demand-side pull remains moderate. On the gross domestic product (GDP) growth outlook, the jump in COVID-19 infections in certain parts of the country and the associated localized lockdowns were seen as dampening the demand for contact-intensive services, restraining growth impulses and prolonging the return to normalcy. In such an environment, the MPC observed that continued policy support remained necessary and unanimously voted to keep the policy repo rate unchanged and to continue with the accommodative stance as long as necessary to sustain growth on a durable basis and mitigate the impact of COVID-19 on the economy, while ensuring that inflation remained within the target going forward.

In the June 2021 meeting, the MPC observed that the rising trajectory of international commodity prices, especially of crude, together with logistics costs, posed upside risks to the inflation outlook with weak demand conditions tempering the pass-through to core inflation. On the growth outlook, the MPC noted that the second wave of COVID-19 had altered the near-term outlook, and policy support from all sides – fiscal, monetary and sectoral – was required to nurture recovery and expedite return to normalcy. Accordingly, the MPC decided unanimously to maintain status quo on the policy repo rate and continue with the accommodative stance.

When the MPC met in August, headline inflation had breached the upper threshold for the second month in succession in June due to strong momentum in the May print running across all the major sub-groups. The MPC assessed that the inflationary pressures were largely driven by transitory supply shocks while stressing that it was conscious of its objective of anchoring inflation expectations. On growth, the MPC noted that the outlook for aggregate demand was improving, but it was still weak and there was a large amount of slack in the economy, with output below its pre-pandemic level. It judged that the nascent and hesitant recovery needed to be nurtured.

Growth Uncertainties
While the global growth outlook has been upgraded relative to the April MPR, it remains highly susceptible to post pandemic trajectory in view of the uneven spread of vaccination across the country apart from volatility in global commodity prices and the elevated
uncertainty over US monetary policy normalization. First, continuing global supply chain disruptions are adversely impacting production in several manufacturing activities and could dampen global growth more than currently anticipated with additional headwinds from the steep increase in natural gas prices in recent weeks. Second, a slowing Chinese economy may drag down external demand. Third, if the inflationary pressures emanating from the demand-supply bottlenecks in the US and other AEs were to turn out to be persistent, it could trigger an earlier exit than currently being telegraphed from the accommodative policies in the major AEs, induce large financial market volatility and pose downside risks to global growth. Fourth, an escalation of geo-political tensions remains a potential source of downside risk to global growth.

Inflation in edible oil prices, however, remained substantially elevated at 33.0 per cent in August. Conversely, a further hardening of international food prices, demand-supply imbalances in some food items and unseasonal rainfall could exert upward pressure on headline inflation.

India conducts record high of more than 8.3 lakh tests in...