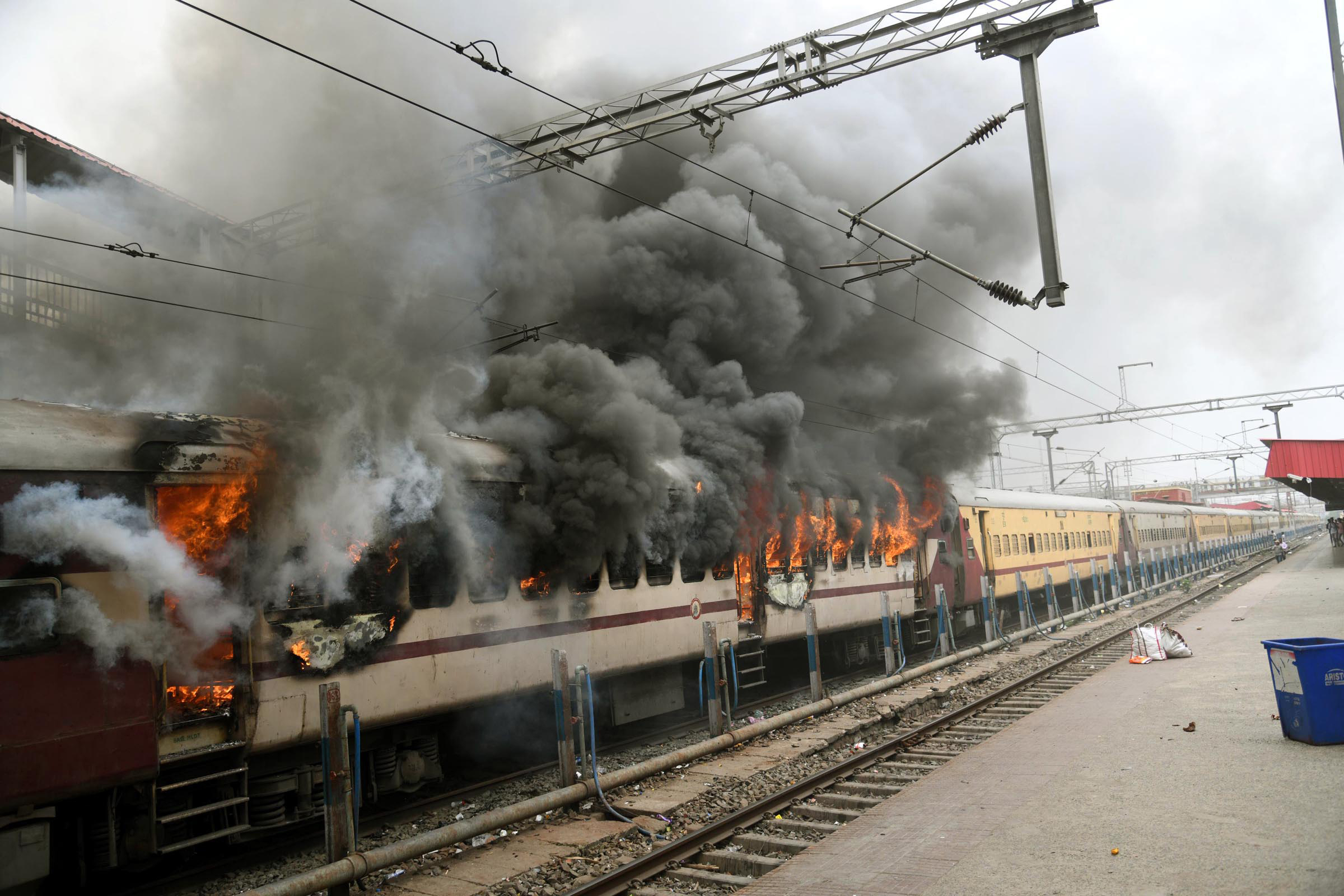 As is Modi govt’s wont, it announced a major policy shift in defence sector without taking all the stakeholders into confidence triggering  a large-scale angry protests from youth across the nation. A report by Mudit Mathur

The shocking trend began with abrupt announcement of demonetisation, continued with hyper style of the Modi government while announcing its major policy decisions, obviously without following any consultative mechanism with stakeholders, thumbing nose at the basic ethos of participatory democracy. Those unemployed youths, who trusted and supported him for his electoral promises including creating two crores jobs every year, now failed to reconcile with fatal successive shocks unleashed on them through new employment scheme – Agnipath – ruining their long-cherished dream of serving the nation with pride of a solider of Indian defence forces.

It has become a mockery of Modi government that it first announces a major policy decision without taking all the stakeholders into confidence but subsequently, due to widespread backlash or discontent or both, it announces a series of alterations, abandonment or rollback like it did in the case of farm laws. The pattern has been more or less the same, be it demonetisation, GST rollout, Land Acquisition Bill, farm laws, or, the CAA and NRC legislation. The original version of the policy is hardly left recognisable with rounds of tweaks, U-turns and overhaul.

Agnipath, a short-term military recruitment scheme, is the latest one in the series of major policy shift in defence sector after Independence. The Agnipath scheme triggered a large-scale angry protests across the nation over ill-conceived dramatic announcement which saw the patience of the youths, who were eagerly waiting for the resumption of recruitment drive in the Indian Army and para-military forces which were pending for the last four years including two years of pandemic pretext, giving way. Escalating discontent among armed forces job aspirants has compelled the Centre to make a few damage control announcements in less than a week after rolling out the new scheme.

The ‘Agnipath’ scheme, announced on June 14, offers employment to youths in the Army, Navy or Air Force between the age bracket of 17.5 to 21, for a period of just four years, with a provision to retain 25 per cent of them for 15 more years. Witnessing a large-scale unrest on the streets, mainly in the North, which send maximum members to Parliament, the Centre modified the upper age limit for recruitment of  ‘Agniveers’ to 23 years, citing lull in hiring during the pandemic period as a reason, for the current recruitment season only. Protests have been raging in several states against the Centre’s scheme since then.

The salient features of the scheme failed to attract targeted sections of youth who forms large chunk of votes. Agniveers will essentially not be soldiers trained for combat or security-related duties. Now the entire burden of damage control has fallen on the three service chiefs and government has gone into silence mode. So, nobody actually knows why was the Agnipath scheme brought in? What were the motives to be served? Who does it help in the short and long term? It’s an enigma shrouded in mystery.

In view of alleged Chinese incursion in Indian terrain and escalating concerns over cross-border terrorism, the Indian Army right now needs employment of soldiers because no recruitment drive has taken place after 2018 and Covid pandemic further delayed the process. The argument that Army needs young blood found totally misconceived, misleading and unconvincing since soldiership duties are not the focus of hiring of Agniveers, even after completion of four years of service. The 25 per cent who will be retained will largely be men trained in menial jobs like cooks, peons, clerks etc. Absorption in other sectors to the tune of 10 per cent is unlikely since 50 per cent reservation in paramilitary forces, PSUs etc already exists, therefore, it may result in legal and social conflicts in the society. 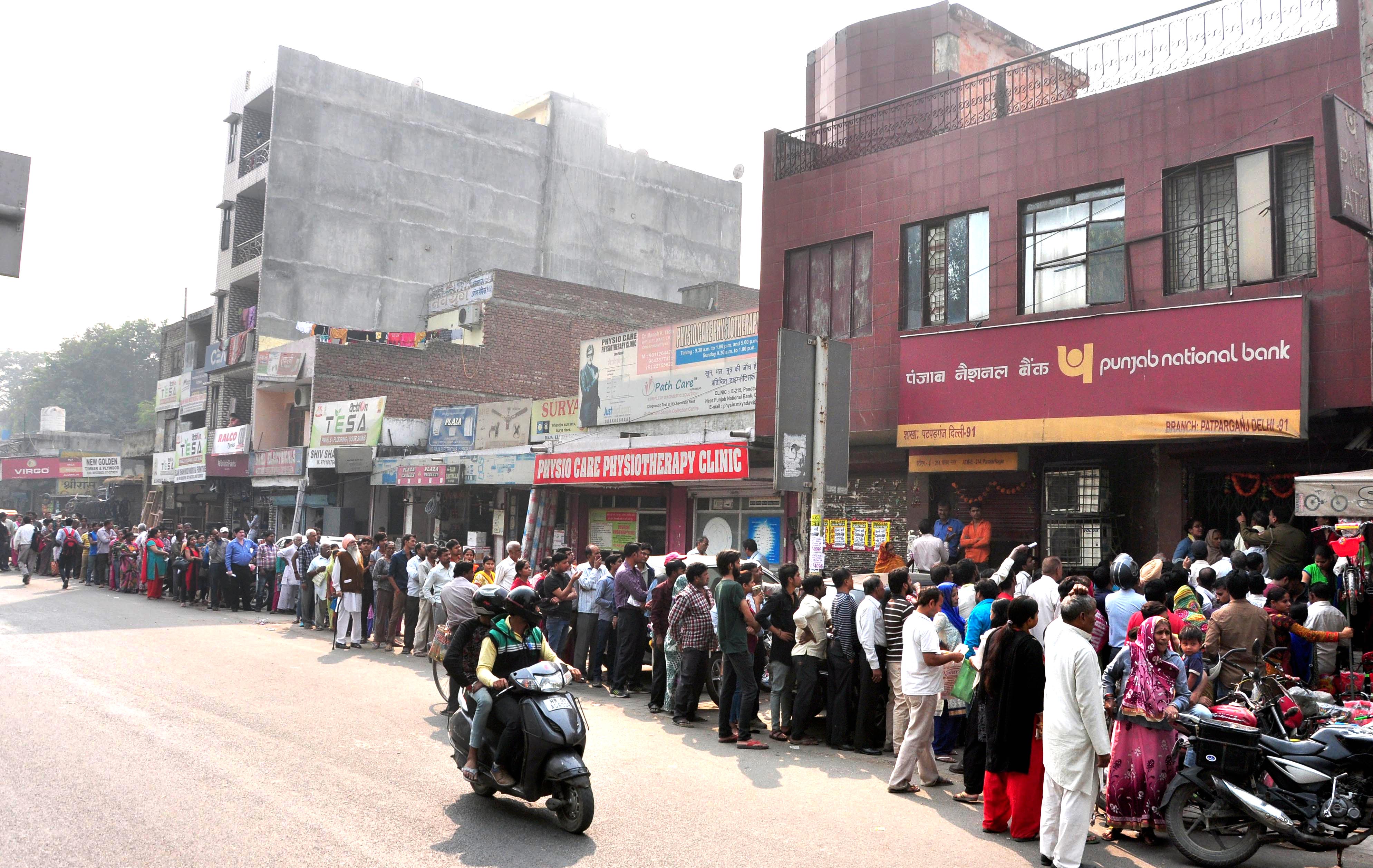 The scheme is called ‘Agnipath’ and the youth selected under this scheme will be known as Agniveers. “Agnipath allows patriotic and motivated youth to serve in the armed forces for a period of four years,” the Ministry of Defence said on June14. “The registrations will be opened from July onwards by the respective Army Recruitment Offices (ARO) for Agniveer General Duty, Agniveer Technical, Agniveer Technical (aviation/ammunition examiner), Agniveer clerk/storekeeper technical, Agniveer tradesman (10th pass) and Agniveer Tradesman (8th pass) as per the ARO rally schedule,” the notification stated.

The Agnipath scheme envisaged that Agniveers will not be part of any regiment or brigade and will wear a different identity sign than regular army recruits. Thus, they will be civilians on contractual employment. Such terms of employment can have a demoralising impact on the psyche of armed forces job aspirants, who vent their anger violently on the streets due to unexpected shock from the Modi government.

Agnipath – as employment generation scheme – is not inspiring any hopes to redress huge problem of unemployment of the nation. It is not going to train Agniveers for market-oriented skills. No private employer would need an ammunition examiner, army store keeper. So their future after four year of service hang in darkness of uncertainties. Further in fourth year,  an Agniveer will get Rs. 40,000 per month. On completion of the service period, they will receive a tax-free service fund package of Rs 11.71 lakh which is akin to provident fund type accumulation of employee-employer equal monthly contribution plus interest thereon. The scheme further provides that up to 25% of each specific batch of Agniveers will be enrolled in regular cadre of the armed forces. Presently market hiring of a security guard is between Rs.10000-15000 per month. Such a steep cut in salary after four years is bound to create social tensions and could result in violent turmoil.

After the policy was announced on June 14, protests erupted in various states including Delhi, Uttar Pradesh, Bihar, Haryana, Telangana, Odisha, West Bengal, Madhya Pradesh, Punjab, Jharkhand and Assam. As the agitation intensified in some places, protestors went on the rampage setting trains on fire, torching vehicles and damaging both private and public properties. Protests had disrupted rail services in several parts of the country. Around 600 train services have been affected throughout the country due to the ongoing agitation. The Uttar Pradesh Police arrested more than 1120 youths in connection with violence and anticipated breach of peace. The police registered 64 criminal cases over Agnipath protests.

So, enrolment of Agniveers is not going to make any revolutionary reformative change to the unemployment scenario in the country since it is mere a drop in the ocean.  In nutshell, the scheme has failed to excite the young generation. Of late, it has been realised in the ruling echelon of power that the scheme will not pay the expected political dividends to BJP.

Thus, without referring to the protests over Agnipath, Modi defended in a function that several well-intentioned schemes of the government have been politicised. Soon after that India Inc pitched in with enthusiastic face saving offers for future Agnipath retirees to pacify growing dissatisfaction. Industrialists like Ambanis, Tatas and Mahindras, have been brought in to assure that these Agniveers will get appropriate placements after retirement in corporate world. The Biocon to RPG to News-X, and many corporate houses made similar commitments. A prominent Bharatiya Janata Party leader from Madhya Pradesh even assured Agniveers of a security guard’s job in the party office.

Reacting sharply to Agnipath scheme, Congress leader Rahul Gandhi said, “PM Modi will have to withdraw Agnipath. Government is weakening armed forces,” Taking a dig at the Centre over the ‘Agnipath’ scheme, the Congress leader also said those who talked about ‘one rank, one pension’ were bringing in ‘no rank, no pension.’

“The BJP government, which calls itself nationalist was weakening the armed forces through the ‘Agnipath’ scheme,” Rahul said, adding, “Prime Minister Narendra Modi will have to withdraw the military recruitment initiative just like he rolled back the farm laws.””No matter what the government does, it will not be able to give jobs as Prime Minister Narendra Modi has handed the country to two-three industrialists who cannot ensure jobs to the youth,” Gandhi reacted. “Now, they have “closed” even the last resort for the youth — to get into the armed forces,” he said.

West Bengal Chief Minister Mamata Banerjee alleged that the central government was trying to create their own “armed cadre” with the help of the programme. “The BJP is trying to create its own armed cadre base through this scheme. What will they do after four years? The party wants to give arms into the hands of the youth,” Mamata added. Mamata also slammed BJP general secretary Kailash Vijayvargiya for his remarks on giving priority to the people recruited through the Agnipath scheme when it comes to guarding BJP offices. 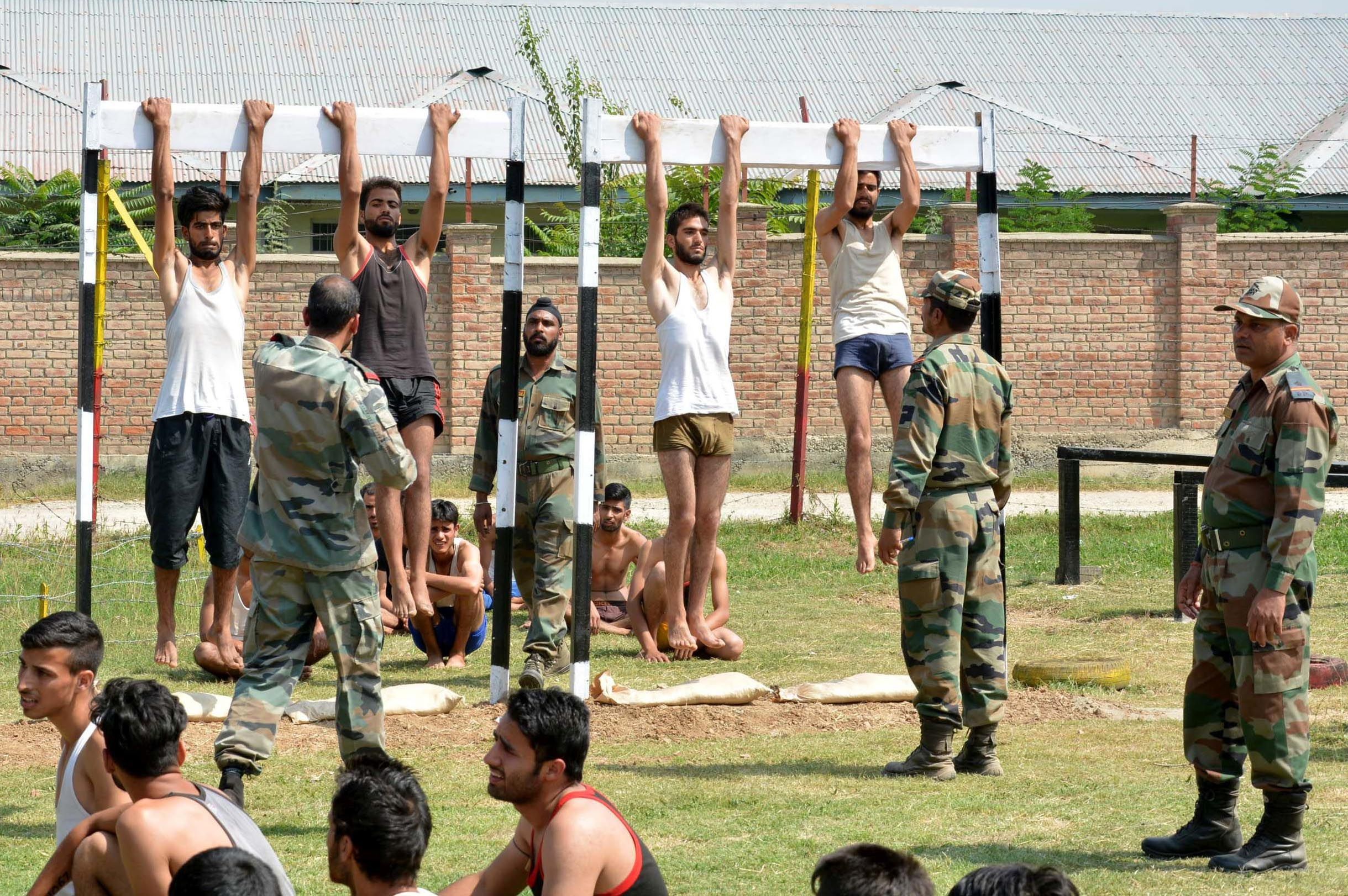 Echoing similar views, Janata Dal Secular leader HD Kumaraswamy said, “This is a plan to bring the army under RSS (Rashtriya Swayamsevak Sangh) control and use the 75% (out of the 10 lakh) who come out of the army and will be spread out around the country. Is the Agnipath scheme to create Agniveers a ploy to implement the same measures (agenda).”

Khap Panchayat leaders and some farmer union representatives held a meeting at Sampla town of Rohtak district where in various khaps and other community groups from Haryana, Rajasthan, Himachal Pradesh and Punjab participated. Members of student organisations also joined meeting. It was resolved at the meeting chaired by Om Prakash Dhankar, head of the Dhankar Khap, to “socially isolate” youths who participate in the Agnipath recruitment scheme for the armed forces in Haryana. They have also declared a boycott of politicians from the ruling BJP-JJP combine, and of corporate houses that have supported the scheme.

Indian National Lok Dal’s senior leader Abhay Singh Chautala said that if the government feels the Agnipath scheme will help cut the salary and pension bills of the armed forces then it should start with imposing curbs on hefty allowances, facilities and pensions of MPs and MLAs.

Amid the row over the Centre’s newly-launched Agnipath scheme for recruitment to Armed Forces, Haryana Chief Minister Manohar Lal Khattar said the `Agniveers` after their four years of service will be provided guaranteed jobs in the state government. After a function on Yoga Day, Khattar said, “Those (75 per cent of Agniveers who would return after four years of service) who want to get Haryana government jobs will be given guaranteed jobs.” It is ironical that maximum posts in government are lying vacant in his state of Haryana.