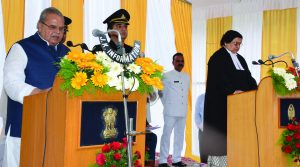 Unlike other states of India, the governors rival chief ministers in the distinctness of their role in the affairs of J&K. So much so, that in political discourse they are often seen as much responsible for messing up the situation as the politicians. And validly so.

Governors have been direct participants in the history of the state, helping shape and direct it during their respective periods of rule. And this is why the appointment of Satya Pal Malik as the new Governor has made the Valley curious and apprehensive of what might be in store. More so, when Malik is replacing N N Vohra who has been the Governor for two successive terms and has largely enjoyed the confidence of the people both as a ceremonial head as well as the ruler of the state. Unlike some of his predecessors, Vohra has not run into a political controversy. During Vohra’s time, J&K was placed under Governor rule for four times. The state has witnessed a total of eight Governor rules so far. And the first four such rules have often been a subject of intense controversy. One such rule was that of Governor Jagmohan who in 1986 became the ruler of the state after dismissing the government of Ghulam Mohammed Shah.

Jagmohan had earlier sworn in Shah in 1984 after he had engineered a break-up of the then ruling National Conference led by Dr Farooq Abdullah. However, Jagmohan’s 246 day spell as the governor was one of the most popular such rules the state has ever had. The reason for this popularity was the efficient and responsive governance provided by him.

But his appointment again as the Governor in 1989 offers a study in contrast. This was the year when the armed separatist uprising began in Kashmir and Jagmohan was sent back to the state with a hope that he will replicate the success of his previous tenure. He did anything but. His short spell at the helm was marked by a tough security response to the then rampant militancy leading to a series of human rights violations including some massacres. From once a darling of masses, Jagmohan was now the most hated ruler of the state and has been one since.

He was followed by Girish Chandra Saxena and K V Krishna Rao. Between them they presided over the longest Governor rule – six years and 264 days — which ended in October 1996 after National Conference returned to power in Assembly elections held after a gap of nine-and-a-half years.

KV Krishna Rao was followed by another military man S K Sinha. His tenure too turned out to be bitterly controversial. It was during his tenure that a tract of forest land was transferred to Shri Amarnath Shrine Board which triggered 2008 unrest leading to killing of around 70 youth. His contentious actions included aggressive promotion of Amarnath yatra which played to fears of a demographic change in Valley, preparing a blue print for establishing religious universities, involving army in the repair and reconstruction of Sufi shrines etc. This alienated vast sections of Kashmiri population and radicalized the new generation.

However, to the credit of Governor Vohra, the deep apprehensions stoked by Sinha were put to rest by him. In his ten years in the state and also during the four times that he got to wield power, Vohra never gave an occasion for people to be concerned about any of his actions. In fact, in his latest spell at the helm, the situation did show some marginal improvement.

Will new Governor be able to live up to Vohra’s reputation? Only time will tell. But apprehensions run deep in Valley. And there are several reasons for it. One of the most obvious is that the appointment has been made by the BJP-led central government whose ideologically rooted stance on the state has made the Valley inherently distrustful of its actions in the state. Malik’s appointment also comes in the backdrop of a tense situation developing in the state over the legal challenge to Article 35A in Supreme Court. The intermittent hearings of the case trigger a spate of protests and shutdowns in the state. And any tinkering with the constitutional provision that forbids people from other parts of the country from settling in J&K can push the state headlong into a fresh turmoil.

The state is also in throes of the rumours of the efforts being made to form a new coalition government between a possible breakaway faction of the PDP and the BJP. Governor Vohra was said to have expressed himself against such an exercise. Would new Governor play a more facilitating role in the realization of such a prospect? The situation is likely to become clear in the weeks to come. Much of Malik’s credibility will depend upon how he handles these two issues. Or to put it correctly, how the centre would like him to respond to them.

Malik has talked of winning the confidence of people and addressing imbalances among the three regions of the state. But this would entail a tightrope walk and in the first few weeks his every move will be closely watched as to what he is up to. One thing that is viewed positively is that he is the first politician Governor the state has ever got. He has earlier been with Congress, Samajwadi Party, Lok Dal and has worked with the former Prime Minister VP Singh. This gives him a vast political experience. But as J&K Governor, Malik will have to do the bidding of the centre. And which would mean he would do what the centre has already planned for the state. So, his first few weeks will deepen the sense of uncertainty in Valley. Article 35A and the anticipated government formation would be the issues that are likely to hurtle to the centre stage. People would expect the new Governor to offer some reassurance as to the fate of Article 35A. And if Malik is unable to offer it, this will adversely affect the public confidence in him that he looks forward to build.

However, the new Governor’s challenge doesn’t stop with his handling of the issues related to the state subject law and the possible new government formation. The situation in Kashmir will be likely of a critical significance for the BJP in the run up to general election next year. Therefore, the party will be keen to see the situation in the state normalise or managed in a way that will be electorally most beneficial for it. And Malik will be expected to make it happen on the ground.