Chandigarh: Senior Congress leader Bhupinder Singh Hooda on Wednesday lashed out at the Centre over its “Agnipath” scheme, saying it neither favours the the country nor the youth.
He requested the government to reconsider and rationalise it by ensuring permanent jobs to soldiers who complete their four-year term in the armed forces.

The Centre on Tuesday unveiled the ambitious “Agnipath” scheme for recruitment of the youth aged between 17 and a half and 21 in the Army, Navy and the Air Force, largely on a four-year short-term contractual basis.

The youth recruited under the scheme will be known as ‘Agniveers’. After the completion of the four-year tenure, 25 per cent of the recruits from each specific batch will be offered regular service.

“It has far-reaching consequences and these have not been fully considered while preparing this scheme. In the long run, the policy would have a detrimental impact on our national security,” Hooda claimed in a statement here.

“It seems the government is compromising with the security of the country with the intention of saving money on salary, pension, gratuity and halving the strength of the armed forces,” the former Haryana chief minister alleged.

The Congress leader demanded that the government should consider giving relaxation in age limit to the youth who have become overage in the past three years.

Counting the shortcomings of the scheme, Hooda said 75 per cent of the soldiers who will be recruited in the army as Agniveers will be retired after four years.

“No care has been taken about what will happen to their future. This plan does not live up to the tradition, nature, morals and values of the Army,” he said.

“The period of training prescribed under the scheme is insufficient. Insufficient training can have a negative impact on the capability and effectiveness of the military. With just four years of service, the Army will start being treated as a tourist organisation,” he claimed.

Hooda, who is Leader of Opposition in the Haryana Assembly, said regimental honour is very strong part of the tradition of our armed forces and recruits would lose their attachment to the name, insignia and the emotional connect with the regiment.

“The government is talking about giving a lumpsum amount of Rs 11.71 lakh as a service fund to the Agniveers who will be forced out from the Army after four years while the truth is that only half of this fund belongs to the government and half will be the money of the soldiers’ earnings,” he said.
He asked the government to clearly answer if an Agniveer, who is unemployed after four years of service, will be able to spend his entire life with Rs 11.71 lakh.

“They will get neither pension, military hospital nor canteen facility after four years of service,” he said.

The army of the youth who have completed four years of service will be forced to search for jobs, he said.
“Such unemployed youth who know how to use weapons can easily be misled, which can prove to be a serious threat to society. I urge the government to reconsider this scheme and take a decision keeping in mind the larger interest of the country and society,” he said. 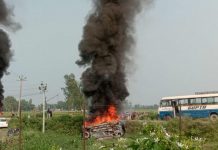 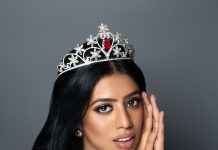