Amritsar : The Shiromani Gurdwara Parbandhak Committee (SGPC) President Harjinder Singh Dhami has written to Prime Minister of India Narendra Modi and demanded that the martyrdom day of Sahibzadas should be marked as ‘Sahibzade Shahadat Diwas’ instead of ‘Veer Bal Diwas’ as announced by the government.

Dhami said that in the notification issued by the Home Department, Government of India (GOI) this year, it has been notified to mark the martyrdom day of Sahibzadas as Veer Bal Diwas, while this name is not as per the spirit of Sikh history and principles. He said that after this announcement of GOI, a committee of Sikh scholars was formed by Sri Akal Takht Sahib, which has recommended the name ‘Sahibzade Shahadat Diwas’ instead of Veer Bal Diwas.

He said that the executive of SGPC had also passed a resolution in this regard in October, after which an appeal was made to the government to change the name.

Dhami said that the martyrdom day of Sahibzadas is coming this month, which should be marked in the spirit of Sikh history.

“In view of the spirit of Sikh history and principles, the GOI’s notification should be amended and the martyrdom day of Sahibzadas should be notified as ‘Sahibzade Shahadat Diwas’ instead of Veer Bal Diwas”, he said.

Meanwhile, the SGPC President also asked Iqbal Singh Lalpura, Chairperson of National Commission for Minorities to fulfill his responsibility on this serious issue. He said that Lalpura should stop making accusations and raise the issues of minorities with the government as per the conduct of his constitutional post.

Harjinder Singh Dhami said that Iqbal Singh Lalpura’s post on social media is wrong that no educational institutions have been opened in the last 318 years in the memory of Sahibzadas. He said that a person sitting on a constitutional post representing minorities should not make statements without facts.

He said that Sahibzadas of Sri Guru Gobind Singh and Mata Gujri Ji are the heroes of Sikh history, who sacrificed to stop Mughal tyranny against humanity and religious freedom. He said many educational institutions are being run by the SGPC as a mark of respect in the name of these great martyrs.

SGPC president said the SGPC organises special events in all its educational institutions every year on the occasion of the martyrdom week in memory of the Sahibzadas, for which an official circular is issued. Apart from this, many institutions have been established by other organisations in the name of Sahibzadas.

SGPC President said that while holding a responsible position, Lalpura should not make such fabricated statements, which tarnish the image of Sikhs. 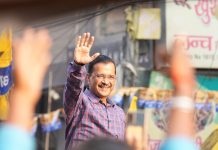 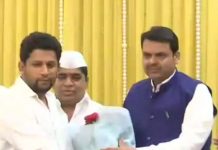