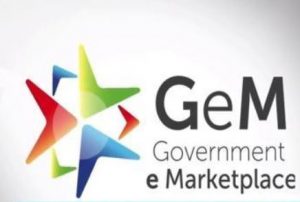 CEO GeM,S Radha Chauhan, in a video highlighted the essence and benefits of the Womaniya initiative. She argued that nearly 80 percent women-owned establishments are self-financed and more than 60 percent of 8 million units are owned and or led by women entrepreneurs from socially-challenged sections of the society. Since women tend to invest up to 90 percent of their earnings back in their families to provide better nutrition, health care and education to their children, economic empowerment of women is a step in the direction of poverty alleviation.

Artist Anukta M Ghosh’s artwork “Magan”, an illustration of women empowerment and grace, is the face of Womaniya on GeM. Womaniya will inform procurement officers in various government ministries, departments and CPSEs about the drive to promote procurement of common use goods and services from women entrepreneurs. Products like handicrafts and handloom, accessories, jute and coir products, home décor and office furnishings are categorized for ease-in-procurement. The initiative aligns with Government’s initiatives for MSMEs, especially to reserve 3 percent in government procurement from women entrepreneurs.

Internet users in India are estimated about 500 million and nearly 54 percent of them are more than 25 years of age with higher discretionary income and likely to transact more online, half of internet users reside in small towns and present new opportunities for e-commerce and most importantly women constitute 33 percent or 143 million Internet users and control 44 percent of household spending in India.

Womaniya on GeM will spur hyper-local economic opportunities for women entrepreneurs and address goals and objectives under United Nations Sustainable Development Goal 5: Achieve gender equality and empower all women and girls. Government e Marketplace is a 100 percent government owned company setup under the aegis of Ministry of Commerce and Industry for procurement of common use goods and services by Government ministries, departments and CPSEs. GeM was setup in 2016 and has 731,431 product categories, with 180,862 registered sellers and 32,114 government buyers. Since inception, GeM has processed 1,171,761 orders worth Rs. 16,976 crores in gross merchandise value.