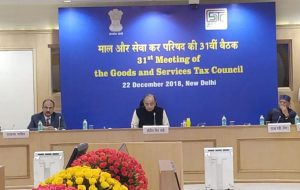 The GST Council in its 31st meeting held on Saturday at New Delhi, reduced tax rates on 23 goods and services, including movie tickets, TV, monitor screens and power banks.

Finance Minister Arun Jaitley told reporters that the reduced rates are likely to come into effect from January 1, 2019.

After this decision, only 28 goods are left in the highest 28 per cent slab.

Luxury and sin goods as well as mass use items like cement, air conditioners and dishwashers are left in the 28 per cent slab.

Here is the list of items that will get cheaper:

GST slashed from 28 percent to 18 percent

GST slashed from 18 percent to 12 percent

GST slashed to 5 per cent

Parts and accessories for the carriages for disabled persons

Services provided by GTA to Government departments/local authorities which have taken registration only for the purpose of deducting tax under Section 51 shall be excluded from payment of tax under RCM and the same will be exempted.

Exemption on services provided by Central or State Government or Union Territory Government to their undertakings or PSUs by way of guaranteeing loans taken by them from financial institutions is being extended to guaranteeing of such loans taken from banks. 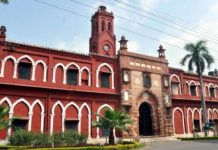 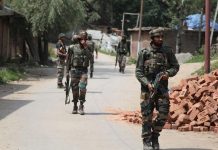