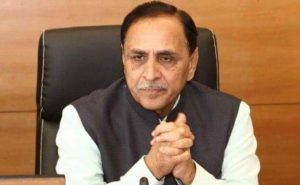 Maheshsingh Kushwah, President Uttar Bharatiya Vikas Parishad, claimed that over 20,000 people belonging to Bihar, Madhya Pradesh and Uttar Pradesh had fled the state due to the prevailing uncertainty.

The police has also taken over 400 people into custody in connection with 56 cases registered in the issue.

Kushwah added, “Over 20,000 migrants from these states have fled due to fear as Hindi-speaking people are being attacked in different parts of the state. All non-Gujaratis should not be seen as culprits for the misdeeds of one person.”

Chief Minister Vijay Rupani claimed that no untoward incident had taken place during the past 48 hours and the situation has been brought under control.

“We are committed to maintaining law and order, and people can call police in case of trouble. We will provide them security,” CM said.

The accused Ravindra Sahu, a resident of from Bihar was later arrested for the crime.