Prime Minister Narendra Modi on July 12 while interacting with Self Help Groups through video conferencing on the (NaMo) app said that the government is aiming to provide stable job opportunities to people in nearly 2.5 lakh gram panchayats across the country under Deendayal Antyodaya Yojana.

“As part of Deen Dayal Antyodaya Yojana, special focus is being accorded to skill development among youths. Young people are being trained to be self-reliant so that they can live according to their will,” Prime Minister Modi said.

“PM Modi is addressing women self help groups via video conferencing. We had organized screening in Bhawanipur area but we were stopped by some people. TMC workers are behind this, they don’t want this program to be screened,” West Bengal Bharatiya Janata Party (BJP) leader Locket Chatterjee reportedly said.

The interactions aim at highlighting the positive changes various Self Help Groups have brought at the rural level.

While interacting with women PM Modi hailed their contribution and said that women are an indispensable part of India’s dairy sector and agriculture. 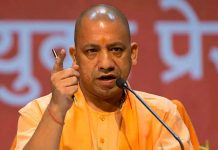 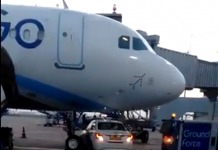