SOMEWHERE IN the fifth dimension known as Bollywood, someone is shooting a dance sequence right now. This is a safe bet because Bollywood shoots anywhere between three to five songs every day of the year — a figure that should not surprise anyone. What is surprising is the current exodus of Bollywood choreographers, saying the future of dance is elsewhere. In television to be precise.
For many ambitious dancers, television has become the refuge of choice. However, live shows in random venues, and even teaching reluctant children seem easier than bashing their heads against Bollywood’s walls. The main grouse choreographers and dancers have is this: you can’t break in unless you agree to comply by the ‘formula’ — leave your hopes of incorporating a contemporary lift in place of that hip roll by the door.
Danny Fernandes, Kunjan Jani and Savio Barnes started dancing 10 years ago when they were in their late teens. They worked their way up from professional back-up dancers for choreographers such as Farah Khan and Saroj Khan to choreographers for music videos, always keeping an eye for the main chance. Like everything else in Bollywood, the big break in dance comes only to the lucky and connected. In the past few years, they have stopped looking at Bollywood. After being one of the winners of Nach Baliye’s first season, they have been on the reality television dance show wagon. The hankering for Bollywood continues subliminally though the trio knows what happens if you somehow do break in. “They’d rather we copy the choreography from an American pop number, than experiment, because they feel safer that way,” say all three of them in unison.
When we meet them, the trio is choreographing a sequence for Dance Ke Superstars. “We chose Bhavna and Mayuresh for this sequence because they have done aerial acts before. Mayuresh is a skilled Malkhamb dancer,” says Danny. Malkhamb is a Indian martial art usually performed on top of a pole or a rope. Bhavna and Mayuresh dance gracefully in the sky for what Danny describes as a “silk cloth act”. With just two silk panels hanging from the ceiling to support them as they spin and roll, the act looks not just gorgeous and risky, but also strenuous.
The trio looks up to great modern choreographers like Astad Deboo but mostly, they watch hours of dance performances on YouTube where their tastes are decidedly mainstream. They love Madonna, Justin Timberlake and Usher’s videos for that smooth hip hop vibe. They dream of choreographing a giant musical, a la Moulin Rouge, with a lot of hip hop and pop moves along with aerial, water and acrobatic acts and a completely Bollywood feel.
BY SHUNNING young, talented choreographers who could help dance evolve to its next level, is Bollywood sealing itself into stagnation? Terence Lewis certainly thinks so. An established dance teacher for the past 15 years, Lewis has choreographed for a few movies, including Ram Gopal Varma’s Naach. Lewis is now a choreographer and judge on Zee’s Dance India Dance (DID). “We need new blood or we need established choreographers to get out of their comfort zone. Choreographers should expand their own repertoires and also insist that actors rehearse and learn new stuff. People don’t dance anymore, cameras do,” he complains, adding, “I am smug about my television success because I get to experiment and see new talent. The level of dancing is much higher.” He confesses rather amused that he rarely gets a movie assignment anymore. “I am jobless most of the times as I want to incorporate contemporary dance, or Kalaripayattu, but for that you need an actor who will rehearse.”
Lewis’ frustration reveals that even established choreographers need to put a lid on their creativity to survive in the industry. Of course, as in any running enterprise, there are the pragmatists. Longinus Fernandes, who shot to fame with Slumdog Millionaire’s Jai Ho is one of them. He spills a string of aphorisms. “It’s the audience that decides what is a hit. The jhatka works because people want it. You need to learn the thought process of the industry. Maybe one out of hundred get that.”

‘I wanted Arjun Rampal to do this technical dance piece but he said he’d need time. Since we had none, he just ended up picking up dust and flinging it around,’ says Longinus Fernandes

Longinus tells the story of how he became practical. “For a dance calledJaanleva in Moksha, I wanted to use spears and make the dancers jump and use the spear in a unique manner. But I was told there is no time. Then I just ended up choreographing a simple jig. In the same song, I wanted to make Arjun Rampal do this extremely technical dance piece but he said, ‘I will need time,’ and since we had none, he just ended up picking up some dust and flinging it around. Though it looked great in the end, I learnt a lesson that day — you cannot want everything. You have to compromise. Now, unless the actor is Hrithik Roshan, I keep all kind of ballet techniques or advanced classical steps out of my choreography,” he says without any hint of sarcasm or pathos.


Bosco, of the choreographer duo Bosco-Caesar that has worked in films like Three Idiots, Love Aaj Kal and Jab We Met, has a more optimistic spin. “There are no rules in Bollywood, so you can try anything. But there are limitations — of actors and time. We try and create steps that will get the audience ticking, or we just stick to the usual norms — make it ‘massy’ — and that means putting in the hip rolls and bust thrusts.” As far as dance technique goes, the simpler and more ‘massy’ it is, the better because the ‘masses’ judge a Bollywood dance by whether they can do that move at the next party.
GEETA KAPOOR, the popular judge of DID, who has choreographed for films such as Saathiya, Kabhi Khushi Kabhie Gham and assisted Farah Khan for many years, including last year’s Sheila Ki Jawani, agrees with Bosco. “Choreographers should not care about the banner — big or small. Just do all the work you get. I have worked with the biggest banners and sometimes, haven’t even got credit. I often refuse to do a song just because everyone wants me to repeat Sheila. They get a choreographer who will copy my work for half the price. Is that fair?” Geeta draws the line when probed if she would like to change the ‘formula’. “Why change it? The formula works no matter how much it curbs one’s creativity.”
Television offers easy, quick and substantial money (anywhere from Rs 50,000 to Rs 1.5 lakh for a one-day shoot) along with instant recognition. You can even choose what suits you — either dance with and choreograph a celebrity in Jhalak Dikhhla Jaa or Nach Baliye, or dance yourself in DID . The dance-based show is a trend that’s showing no signs of going away, especially with Hrithik Roshan’s forthcoming television debut Just Dance. DID creator and Zee’s Senior Creative Director (non-fiction) Ranjeet Thakur explains, “DID is a platform for original work. The stakes are very high in Bollywood, so you need balls of steel to make it, and that’s why directors or producers shy away from using newcomers.” He adds, “Thanks to television, choreographers have faces. They get mobbed in small towns. They get paid so much and on time. On top of that, they get to be creative. Why would they want Bollywood?”
Bollywood does seem to be losing out. In Bandra, we meet the talented contemporary dancer Shampa Sonthalia. The 30-yearold daughter of the late choreographer Gopi Krishna (of Jhanak Jhanak Payal Baaje fame), Shampa was the first runner- up of Jhalak Dikhhla Jaa this year and intends to stick to television. “Here I get a chance to do contemporary stuff and push the limits of dance. I admire Munni and Sheila but item numbers have become so stereotypical now.”
But as most choreographers point out, the biggest hindrance for them are actors, who only work with people they know will make them “look good” without much effort. “Govinda will only work with Ganesh Hegde and Abhishek Bachchan with Vaibhavi Merchant,” says Kunjan. Choreographer and dance teacher Sarika Shirodhkar, 30, adds, “Shahid Kapur used to dance so well. But now all his moves look the same, because he will not work with anyone but Ahmed Khan. And all the actresses just want to do the same item number.”
Even status quoist Geeta Kapoor zeroes in on the fact that most Bollywood actors today can’t dance, won’t try and don’t need to because the choreographer and camera will do all the hard work. “I love DID because I work with freshers who are ready to experiment. In films, I only try to do something technical if I have actors who will give me 100 percent, like a Katrina Kaif or a Rani Mukerji. Otherwise, they have too many physical limitations. They just want to do two easy steps,” she says.
And though the dreamers may have moved to pastures such as doing live shows, teaching and reality shows, no one really gives up on the dream. That’s the beauty of Bollywood it would seem. As the gates get higher, the crowd just grows. As Kunjan says, “I want a Filmfare.” To get that, if they have to follow the formula, they will do that. Because all they want to do is get that one elegant foot in, and later, they swear they will change the rules of the game. That’s what many before them said. We just hope they keep their word.
Aastha Atray Banan is a Senior Correspondent, Mumbai with Tehelka.
aastha@tehelka.com 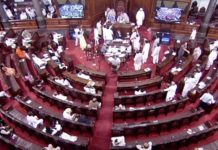 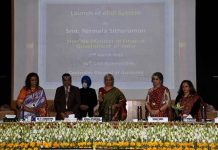