Ailing Goa Chief Minister Manohar Parrikar, who is suffering from advanced pancreatic cancer, headed to New Delhi on Saturday, via a special chartered flight for further treatment and examination at the All India Institute for Medical Sciences (AIIMS). Before leaving for Delhi, Mnaohar Parrikar also held meetings with Speaker Pramod Sawant and Deputy Speaker Michael Lobo amid talks of distribution of some portfolios currently being looked after by him, reports said.

Parrikar, who returned from the US after a medical check-up on September 7, was admitted to a private hospital at North Goa’s Candolim on Thursday evening. He had earlier this year been treated for three months in the US for a pancreatic ailment.

The chief minister spoke to BJP president Amit Shah on Friday evening to update him about his health.

Goa Deputy Speaker Michael Lobo told reporters after meeting Parrikar at a private hospital in the beach village of Candolim that 48 portfolios will be distributed to existing ministers so that the administration of Goa can run smoothly, and ministers can take decisions on any files but Chief Minister Manohar Parrikar will keep two or three like Home, Finance, GAD for himself.

Apart from holding key portfolios, Parrikar is holding charge of two other cabinet ministries – Francis D’Souza and Pandurang Madkaikar, both of whom have been hospitalised due to severe ailments.

“Chief Minister Manohar Parrikar would continue as the Chief Minister and if the need arises, the national leaders will discuss with core committee to take a final call,” said by Lobo.

Parrikar’s continued absence from office has been a subject of criticism among the Opposition as well as civil society. 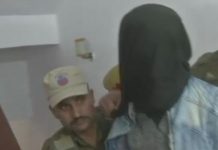 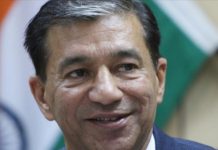