Goa Chief Minister Manohar Parrikar who is suffering from advanced pancreatic cancer has been admitted to the cancer department at the All India Institute of Medical Sciences (AIIMS).

According to the sources, Parrikar, who was taken to the hospital on Thursday evening for routine check-up, is kept under the observation and will remain admitted for few days.

CMO Goa tweeted on January 31, “Chief Minister Shri @manoharparrikar will be travelling to New Delhi later today (31/01/2019), for undergoing his medical review/checkup which was pending due to the inauguration of Atal Setu and State Legislative Assembly session.”

The former Defence Minister has been in and out of hospitals in Goa, Mumbai, Delhi and New York since February last year. 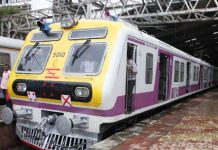