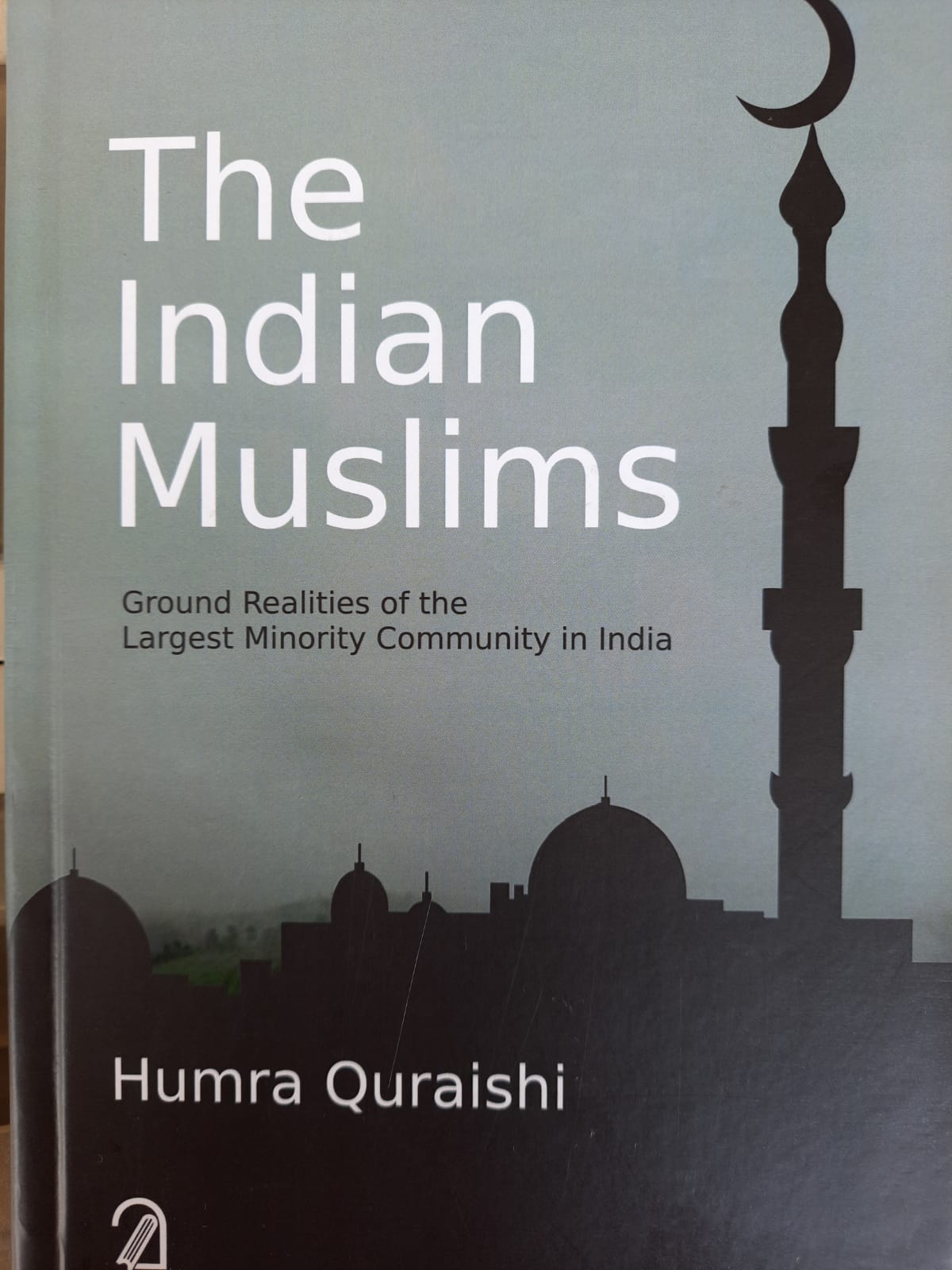 The challenges faced by Indian Muslims have been dealt in detail in her book by Humra Quraishi. She says destruction of Babri Masjid was a watershed moment in designating a subordinate existence to the minorities in India. A book review by Amit Prakash Singh

Once upon a time, a famous artist-writer had told me that amid all the big talk about India’s great tradition of cultural and religious tolerance, many forces in the social life of our country and a number of established organisations including the so called non-political ones have resorted to blatant suppression of freedom of speech and expression pointing forcefully to the  dominant stream of intolerance in our society .

This statement has come true, when we try to analyse the past decade of developments in different parts of the country. The organisations and groups professing diverse religious, cultural and ideological views have been involved in promoting this type of intolerance. Unfortunately, the governments of the day have succumbed to these groups and organisations.

India has been famous among those countries, once most glorified for tolerance, love and peace. But now the manifestations of intolerance and suppression of freedom of expression is the phenomenon we have been familiar with for many years.

Briefly we may recall the early targets of intolerance beginning with the actor writer Safdar Hashmi who was killed while performing a show, to the artist painter Maqbool Fida Hussain, famous world over for his series of paintings on horses, Mother Teresa and gods and godesses. He was targeted for his depiction of goddess Saraswati in one of his paintings. He was so much denounced that he could never return to his motherland. Internationally acclaimed for her academic work, Wendi Donigar, a reputed writer and author of “The Hindus: An Alternative History” was targeted for the negative sexual connotations that might have been based on Hindu mythologies and religious texts in Sanskrit. It is a well known fact that the young scholars of Sanskrit read in modern and ancient Sanskrit texts about the openness of the society and devotional activities of famous saints.

The famous poet in Indian English literature A.K Ramanujan came under fire for his essay,“Three hundred Ramayana: Five examples and three thoughts”. The Members of Academic council of Delhi University removed the essay from the B.A (Hon.) course. The latest target was Salman Khurshid, an advocate and former foreign minister. However, the list of writers, playwrights, performers and artists is unending and the names of Taslima Nasareen, film directors like Sanjay Kak and Anand Patwardhan, famous for their documentaries cannot be forgotten .

In recent years, with changing times the attacks by the fundamentalist groups on the minorities have increased. The poet, writer and actor Meena Kandaswami was threatened, and various professors and social reformists were forced to prison as undertrials or fell down directly into the firing range of the ultra fundamentalist sharpshooters.

With the support of political forefathers, such small fundamentalist groups expanded further their territory in society. Now they have started to dictate what to wear and what to eat and whom to love and where and how to pray. All such things dominated the response more vicious and aggressive. Now the largest minority group of Muslims, Dalits and other smaller sects are in constant fear. When asked about any possibility of any sanction on such splinter groups of fundamentalists, a commentator and former editor of Hindi Daily Jansatta said in a video that  “In  society, there are all types of human beings. I prefer to have a talk with them. Even in Hindu religion, it is not possible for anybody to say that I know each and every detail of my religion. So, the act of miscreants who are indulging in stopping the followers of a religion from praying on roads, is not at all in good humour. They must be approached and prevented from stopping anybody from praying on road or where ever they like. “

The recent book “The Indian Muslims” authored by Humra Quraishi is an archaic study  of the problems developed in seven decades of the Indian society. The author has taken pains to be neutral and in analysing the ground realities of the largest minority community in India.   In the book, there are 12 chapters written extensively on the living condition of the people in the society, the changing scenes due to decay of old system of governance and the governmental circles, the state of Urdu teachings and the traditional study of Islamic literature, agro-business oriented social professions and the problems within this largest Indian Muslim community, which ruled the nation for centuries, but now left to live as second class citizens .

Ms. Quraishi is a prolific writer who has shown her versatility as journalist while covering in Kashmir for years. She deeply knows the Muslim society and the humanitarian tragedies and consistent turmoil beseting it. She is from Shahjahanpur, Uttar Pradesh so she understands the Mussalman of Hindostan. She has penned a very good novel, “Meer”, on Kashmir’s picturesque and philosophic – musical traditions and recently released a collection of her articles on “Kashmir: The Unending Tragedy- Reports from the Frontlines.” She desires that the issues analysed must be taken care of in order to find an amicable and permanent solution to the problem.

In the book “The Indian Muslims,” the author has mentioned the source of each and every fact and factor in the 18-page long reference. It shows the alertness of a writer who is very particular about the facts and doesn’t write fiction or try to create any myth.

In the 13th chapter of this book there is an interesting and quite educative details about the myth and misconceptions of Indian Muslim. Despite living together in such a large nation there are hundreds of mythical stories floating around in countryside. This book is thought provoking and deals in detail with the ground realities which has forced the largest minority community to live in fear.

A fear psychosis seems to have developed among Muslims during the last four decades. In the initial years after getting Independence, it was the first Prime Minister’s thought to make the country a secular socialist democratic republic with his cabinet’s approval. But in the early nineties, a combination of various social, religious and cultural and economic forces resulted in favour of liberal majority in society. The ruling party also supported the proposal, with support from the IMF.

It was the “opening up” of the economy. During this economic liberalisation, a political party in opposition heralded the vision of religion in secular India. This idea was followed by the elite and the illiterate classes of India. Even the ruling party’s own leaders supported this notion. And within no time, it culminated in the destruction of a famous mosque, the Babri Masjid.

It was a watershed moment in designating a subordinate existence to the minorities in India. In 2002, the state of Gujarat witnessed the horrific riots and in 2014 the set of politicians who were often against minorities took the reins of governance at Delhi. In 2019, they got another term to rule the nation. It was marked by widespread anti-Muslim sentiment. According to political pundits, it was a transformation in India, a country with rising power under democratic rule and thriving market.

The book by Ms Humra Quraishi deals with all these questions in detail and the new challenges the Indian Muslims face in everyday life.

The Father of Nation, M.K. Gandhi had once said, “Hinduism is the most tolerant of all religions. Its freedom from dogma makes a forcible appeal to me in as much as it gives the votary the largest scope for self expression. It enables the followers of this faith not merely to respect all the other religions, but it also enables them to admire and assimilate whatever may be good in the other faiths.” The nation needs to reflect on these words voiced by Mahatama Gandhi.