The Thomson Reuters Foundation survey report on June 26 named India as the world’s most dangerous country for women due to levels of violence against women still running high in the country.

The survey ranked India the world’s dangerous country on three particular issues first being the risks women face from sexual violence and harassment, second from cultural and traditional practices and last but not the least from human trafficking that includes forced labour, sex slavery and domestic servitude.

Government data reveals reported cases of crime against women rose by 83 percent between the year 2007 and 2016, when there were four cases of rape reported every hour.

However, Indian Ministry of Women and Child Development has declined to comment on the survey report.

The Thomson Reuters Foundation survey ranked Afghanistan and Syria in second and third place, with a surprising addition of US which shares a joint place at third rank with Syria for the risks women face in terms of sexual violence that includes rape, sexual harassment, coercion into sex and a lack of access to justice in rape cases.

The other countries which are among the top 10 in the survey are Somalia, Saudi Arabia, Nigeria, Yemen, Pakistan, Democratic Republic of Congo etc. 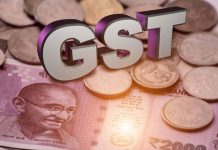