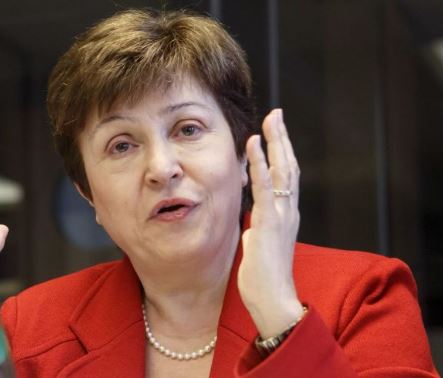 The global economy is witnessing “synchronized slowdown”, that will result in slower growth for 90 % of the world this year, and the effect is even “more pronounced” in some of the largest emerging economies like India, the new chief of International Monetary Fund (IMF) Kristalina Georgieva has said.

Georgieva pointed out that this widespread deceleration means that this year’s growth will fall to its lowest rate since the beginning of the decade.

The World Economic Outlook will be released next week which will show downward revisions for 2019 and 2020, she said.

Despite this overall deceleration, close to 40 emerging market and developing economies are forecast to have real GDP growth rates above 5 percent — including 19 in sub-Saharan Africa, the IMF chief said.

She further said, “in the United States and Germany, unemployment is at historic lows. Yet across advanced economies, including in the U.S., Japan, and especially the euro area, there is a softening of economic activity. In some of the largest emerging market economies, such as India and Brazil, the slowdown is even more pronounced this year.”

In China, growth is gradually coming down from the rapid pace it saw for many years, she said.

The precarious outlook presents challenges for countries already facing difficulties — including some of the Fund’s program countries, she added.

The IMF chief said, “It is a crisis where no one is immune and everyone has a responsibility to act. One of our priorities at the IMF is to assist countries as they reduce carbon emissions and become more climate resilient.

At the current average carbon price of $2 per ton, most people and most companies have little financial incentive to make this transition. Limiting global warming to a safe level requires a significantly higher carbon price, she said.

“Even if growth picks up in 2020, the current rifts could lead to changes that last a generation — broken supply chains, siloed trade sectors, a ‘digital Berlin Wall’ that forces countries to choose between technology systems,” the IMF chief added.