The death toll due to COVID-19 has surpassed eight lakh while over 23 million  people infected worldwide since surfacing in China late last year.

India ranks third in terms of cases. The country has so far recorded over 30 lakh COVID-19 cases followed by Russia, South Africa, Peru, Mexico and Colombia. 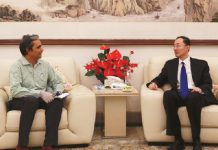