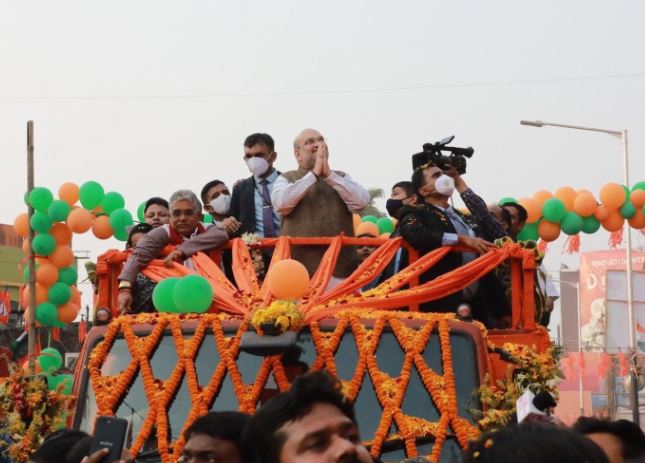 Union Home Minister Amit Shah on Sunday said the people of West Bengal have decided to wipe out the corrupt TMC government.

Addressing a roadshow in Bolpur in Birbhum district, Shah said, “I’ve never seen a roadshow like this in my entire life. It shows the love and trust the people of Bengal are showering on PM Modi and the hatred they have for Mamata Didi and TMC.”

“The change that is going to take place in Bengal is for it’s development and will take it ahead. The change is going to stop infiltration from Bangladesh and to stop political killings,” he said.

“Give one chance to Narendra Modi. We will make ‘Sonar Bangla’ in five years,” Shah said.

The Home Minister who is in West Bengal for a two-day visit commenced the second day by visiting the Vishwa Bharti University at Shantiniketan and paid tribute to Rabindranath Tagore.

“Paid tributes to one of India’s greatest thinkers, Gurudev Rabindranath Tagore, at Rabindra Bhawan in Shantiniketan. Gurudev’s contribution to India’s freedom movement will forever be remembered and his thoughts will continue to inspire our generations to come,” Shah tweeted.

“Visited the iconic Sangeet Bhawan of Visva Bharati University, Shantiniketan. The aura of Gurudev Tagore is still very much here. We are committed to fulfill Gurudev Tagore’s dream and restore the lost glory of Bengal,” Shah said.

Shah further said, “Mahatma Gandhi and Netaji Subhash Chandra Bose represented two streams of nationalism in pre-independence era of India. But both of them found their inspiration from Gurudev Tagore. It’s my privilege to pay my tributes to him at Vishwa Bharti.”

Shah later visited Shyambati in Birbhum, where he had lunch with the family of a Baul singer.

“Had lunch at Shri Basudeb Das ji’s home, a renowned Baul singer from Subhashpally, Shantiniketan. I heartily thank Basudeb da and his family for being an amazing host,” the Home Minister said.

“Bauls are the perfect reflection of our rich and versatile Bengali culture, best known for their songs and poems to God who dwells within. Thank you Basudeb Das ji for your incredible hospitality, I am truly mesmerised,” Shah added. 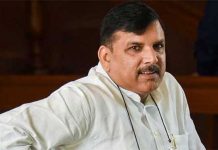