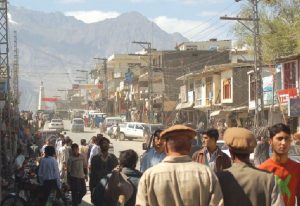 For once New Delhi and separatists in Kashmir are on the same page. The reason for identity in their views is the emerging consensus in Pakistan to grant provincial status to Giglit-Baltistan, a part of undivided Jammu and Kashmir. The separatists have urged Islamabad not to do so as this, according to them, would alter the status of “disputed territory”.

In a statement, Sayyid Abdullah Gillani, the special representative in Pakistan Occupied Kashmir of the top Hurriyat leader Syed Ali Shah Geelani, has said that such a step is “laden with disastrous consequences”.

“Pakistan risks not only weakening its position and losing moral high ground but also demoralizing Kashmiri people and debilitating their ongoing struggle for the right to self-determination,” Gillani said.

“India would welcome this opportunity as a blessing in disguise and use it to justify its August 5, 2019 decision of revoking Kashmir’s special status and merging it”.

Gillani has urged Pakistan to rethink the decision, “keeping in view all aspects, particularly its detrimental repercussions for the future of Kashmir as a dispute and consequently on its final settlement”.

On the other hand, India has taken strong exception to Pakistan’s likely action to merge Gilgit Baltistan.

“Any action by Pakistan to alter the status of the militarily-occupied so-called Gilgit-Baltistan has no legal basis whatsoever and is totally void ab-initio,” spokesperson in the Ministry of External Affairs (MEA) Anurag Srivastava has said.

“Our position has always been clear and consistent. The entire territories of the UTs of Jammu and Kashmir and Ladakh have been and are an integral part of India and would remain so,” Srivastava said.

In response, Pakistan has termed India’s statement as “unwarranted and irresponsible”.

“India has no locus standi on the issue — legal, moral or historical. The regurgitation of false and fabricated claims by India can neither change the facts nor divert attention from India’s illegal actions and perpetration of the worst human rights violations in Indian Illegally Occupied Jammu and Kashmir (IIOJK),” said Pakistan Foreign Office spokesman Zahid Hafeez Chaudhri in a statement.

Pakistan Supreme Court, in a ruling earlier this year, allowed Islamabad to amend a 2018 administrative order to conduct general elections in the region. The Gilgit-Baltistan Order of 2018 provided for administrative changes in the region, including authorising the prime minister of Pakistan to legislate on an array of subjects.

The polls in Gilgit-Baltistan were to be held on August 18, but Pakistan deferred them due to the Covid-19 pandemic. Election would be held for 24 general seats of the legislative assembly. The five-year term of the previous assembly had ended on June 24, bringing an end to the five-year rule of the Pakistan Muslim League-Nawaz (PML-N).

Islamabad’s urgency to recast the region’s constitutional relationship with the country is traced to the $60 billion China-Pakistan Economic Corridor project and China’s alleged insistence for a legal cover to its investment through a disputed region.

More so, when Gilgit-Baltistan has to serve as the gateway for the multi-billion dollar project. China is building industrial parks, hydropower projects, railway lines and roads in the region. Besides, the project also involves the expansion of the Karakoram Highway connecting China’s restive Xinjiang region with Gilgit–Baltistan.

This gives Beijing unfettered and a fast road and rail access to the Gulf region. Once the railway line and the motorway passing through Gilgit Baltistan and the other Pakistan provinces are completed, Chinese cargo which takes 16-25 days to reach Gulf will take just 48 hours after being transported through Chinese-built Pakistani naval bases at Gwadar, Pasni and Ormara.

But the scene is complicated since the region is part of the undivided J&K and hence an inextricable part of the state’s disputed legacy. The region’s convoluted constitutional relationship with Islamabad hasn’t helped matters either. Nor has India’s objection to the passage of economic corridor through Gilgit Baltistan.

What Pakistan seeks to do is to further upgrade the Empowerment and Self Governance Order 2009 which granted “self-rule” to the people of Gilgit-Baltistan, by creating an elected Gilgit-Baltistan Legislative Assembly and Gilgit- Baltistan Council. The province thus acquired de facto province-like status without constitutionally becoming part of Pakistan.

Earlier in September, the government and the opposition in Pakistan reached a near consensus on granting “provisional provincial status” to strategically-located Gilgit-Baltistan (GB) while agreeing to hold consultations on the issue after the elections of its legislative assembly later this year. The political leadership of the country, according to media reports in Pakistan, have also met the country’s Army chief General Qamar Bajwa on the issue. General Bajwa, the reports added, has left it to the country’s political leadership to decide the timing of the implementation of the decision about change in the GB’s constitutional status.

Pakistan’s likely move is also seen in the context of New Delhi’s ongoing stand-off with China in Ladakh. One reason for China’s incursions is understood to be to secure its assets in Gilgit Baltistan and Aksai Chin from a possible Indian threat following New Delhi’s revocation of Article 370. More so, after top Indian leaders beginning with the home minister Amit Shah expressed resolve to take back Aksai Chin and the parts controlled by Pakistan. So, Pakistan giving provincial status to Gilgit Baltistan is seen as an attempt to formalize its control of the strategically important region.

But concerns among separatists in Kashmir run deep. And some of these apprehensions also extend to the ordinary people. The debate among sections of the society in the Valley is that Pakistan’s merging of Gilgit Baltistan would validate New Delhi’s repeal of Article 370 on this side of Jammu and Kashmir.

“Extending provincial status to Gilgit Baltistan would mean merging the region into Pakistan. This will be no different from withdrawal of Article 370 that also integrated Kashmir into India,” said Naseer Ahmad, a local columnist. “So, New Delhi will have a right to feel absolved”.

There is also a debate how this would impact the status of Kashmir issue. With both countries integrating the parts of Kashmir under their possession — more so, Pakistan that has so far tried to maintain a position that that the parts of Kashmir it controls aren’t its parts — this is believed to undermine the legal nature of the region as ‘a disputed area”.

And this is what Hurriyat is saying. “While the local population in Gilgit and Baltistan may have some genuine grievances and concerns and Pakistan is duty bound to address them, we believe the purpose could have been efficiently and sufficiently served without altering the status quo,” said Gillani in the statement. “India would welcome this opportunity as a blessing in disguise and use it to justify its 5 August 2019 decision of revoking Kashmir’s special status and merging it”.

And also the government of Pakistan Occupied Kashmir has always been against Gilgit Baltistan merger. In 2014, a resolution unanimously adopted by the PoK leadership cautioned that “making Gilgit-Baltistan a fifth province will weaken Pakistan’s national stand on Jammu and Kashmir at the international level.”

It remains to be seen now how Islamabad will handle the issue. 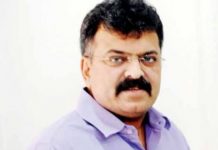 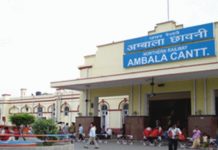