SHOW ME a man with a tattoo and I’ll show you a man with an interesting past,” once said The Call of the Wild author Jack London. He may have been right. The country’s first tattoo convention held in Mumbai recently was rife with people and their intriguing and candid stories of the past that just needed a tattoo to make them timeless. Some wanted to remember an old friend who passed away, some a lost love. But the hundreds that walked in and got inked, whether for the first time or for the nth, proved what the organisers believed all along: tattoos are personal mementos and not just a thoughtless way to while away your time, or trademarks of the hippie culture.
Shibani Shah, 24, who organised the event with her business partner Rohit Patil, 24, for their company Eventos Promotions and More, had been planning a convention since she was 17. She fondly recalls, “I wanted to get a tattoo of an Om with the Gayatri Mantra but my mother told me that she would throw me out of the house if I did so. But I got it anyway. When I came home, my mother completely loved it, exclaiming, ‘This is so not junkie!’. That was why we wanted to hold the convention, to change the perceptions regarding this art.”
The convention played host to 25 artists and saw almost 5,000 people walk in, many of whom sat down to get inked. Photographer Priyanka Shertukde, 22, who got a unicorn inked on her back, winced and clenched her fists, but managed a smile anyway. “I have been thinking about this for a long time but I didn’t want to get a butterfly or something clichéd. When Al (a tattoo artist) told me that unicorns represent innocence and purity of heart, I knew I wanted to get it.”

‘I got Om tattooed on my arm. And no, I am not going to cover it in office, let everyone see it,’ giggles Sonal More

In the stall opposite Al’s, recruitment consultant Sonal More, 32, got an ‘Om’ tattooed on her arm. “I just knew I wanted an Om and my tattoo artist made a design I couldn’t say no to. And no, I am not going to cover my arm in office, let everyone see it,” she smiles. Her tattoo artist, Abhinandan Basu, who has been tattooing for three-and -a- half years now, was shocked at the turnout at the convention. Even more surprising were the unexpected mix of people who walked in — mothers, corporate honchos, dentists, businessmen, social workers, advertising officials, husbands and wives — all curious and eager for their own bit of ink. “It makes sense because people in their 30s are the ones who can really afford tattoos. There were no ego clashes between the tattoo artists. It was all about the art,” says Basu. Roshan Paul, another tattoo artist, agreed, “I think this convention blew away all the stereotypes associated with body art. There were kids who walked in with their mothers to get tattoos.”
IT WAS certainly a strange sight — as strangers sat next to each other and got their skin tattooed with their deepest emotions and memories, the convention was about more than just being “cool”. As two ice cream manufacturer brothers, dressed in identical office clothes — white shirts and black trousers — raised their arms flaunting their tattoos, and declared, “This is who we are.” It was clear — tattoos had got a new stamp of approval.
Aastha Atray Banan is a Senior Correspondent in Mumbai with Tehelka.
aastha@tehelka.com 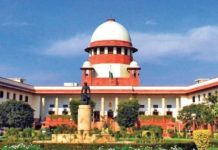