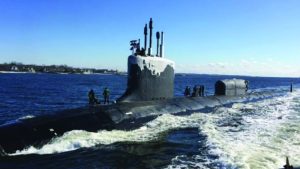 After targeting the previous Modi government over the multi-billion Rafale fighter jet deal, the Congress has now again trained its guns on the centre accusing it of indulging in crony capitalism and compromising with national security in the 45,000 crore submarine deal. 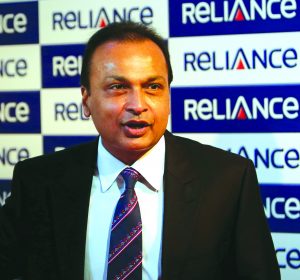 The 36 Rafale jets to be supplied to India are being manufactured by French company Dassault Aviation while Indian private player Reliance Defence is the offset partner in the 60,000 crore deal. The Congress plank was based on two points, one that the Modi government’s deal was costlier than the price negotiated by the previous United Progressive Alliance government and two that Reliance Defence, owned by businessman Anil Ambani, became the offset partner despite having no experience in making aircraft and replaced public sector Hindustan Aeronautics Ltd.

In contrast, the six conventional submarines are to be built in the country through a public-private partnership. The Congress has alleged that the Prime Minister was about to bypass the mandatory defence procurement procedure and the views of an expert panel to favour another corporate Adani Defence, owned by businessman Gautam Adani.

Before May 2019 national elections, former Congress chief Rahul Gandhi ran a sustained campaign alleging corruption in the Rafale jet deal to target PM Modi. The Congress had even promised to probe the deal through a joint parliamentary committee (JPC) if the party was voted to power. The aggressive stance in the Congress camp was based on an assessment that the alleged scam in the Rafale jet deal had gathered sufficient mass among the electorate to bring down the Modi government. The campaign had made the government jittery but did not bring the desired electoral gains for the opposition party as Modi returned to power with a bigger mandate. Earlier, the Supreme Court too had rejected a plea to probe the deal. That was seen by the ruling BJP as a closure of the issue and one that gave a befitting lesson to the opposition party.

However, the Congress appears to be in no mood to give up and has started off the year 2020 by targeting the Modi 2.0 government in another mega defence deal. 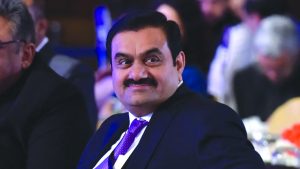 The opposition party has now alleged that Prime Minister Narendra Modi was about to consider favouring private player Adani Defence, whose bid for the submarine project was rejected by an expert panel of the Indian Navy. Just like it did in the Rafale deal, the Congress has urged the premier to come clean on the issue.

The story began in April 2019 when five entities including Larsen & Toubro Limited, Mazagaon Dock Shipbuilders Limited, Reliance Naval & Engineering Limited, Hindustan Shipyard Limited (HSL) and a joint venture of Adani Defence and Hindustan Shipyard Limited (HSL) responded to a request for expression of interest in building six conventional diesel-electric submarines for the Indian Navy (Project 75-I) under Strategic Partnership Model. The estimated cost of the project is
45,000 crore.

Later, an empowered committee’ of the Indian Navy, headed by the Navy’s Controller of Warship Production and Acquisition, examined the manufacturing facilities, financial records and other criteria of the five companies and short listed two of them, government-owned Mazagaon Dock Shipbuilders Limited and Larsen & Toubro.

The Congress suspects that the government now seeks to overrule the ‘empowered committee’ of Indian Navy by directing the ministry to consider Adani Defence JV. “Adani Defence has zero experience of making ships or submarines. It seeks to manufacture submarines based on a clause wherein its experience of setting up and running a power plant is counted,” said Surjewala.

The Congress further alleges that Adani Defence or HSL had violated the rules as they did not constitute any ‘Special Purpose Vehicle’ (SPV) needed to be set up as per defence ministry directions till the last date of submission of request for expression of interest i.e. September 11, 2019. “The defence ministry is required to mandatorily approve the Special Purpose Vehicle (SPV) and scrutinize it thoroughly,” the Congress spokesperson said.

Adding up to his charge, the Congress leader said that in fact, Adani Defence JV & HSL had submitted the Request for Expression Of Interest without even forming a Joint Venture up till the last date of submission.

To support his allegation, the Congress leader cited a statement made by HSL Managing Director Adm L V Sarat Babu on September 28, 2019, wherein he categorically said that HSL was in the process of setting up a JV with Adani Defence and that the company was seeking government’s permission for the same. “Hence, the reported decision of ‘Empowered Committee’ of Indian Navy putting the so called Adani Defence-HSL out of contention and consideration appears to be prima facie correct. Why is then Modi Government seeking to overrule the Indian Navy,” said Surjewala, adding the matter would be considered by the government soon.

Citing further violation of rules in the case of Adani Defence, the Congress alleged that as per the Defence Procurement Procedure 2016 mandated assessment of capacity of ship building entities, it was required that credit rating of every entity bidding for a contract above 1000 crore was categorized as ‘A’. But in the submarine deal the rating required as being diluted to suit Adani Defence, the opposition party alleged.

Surjewala has argued that adherence to DPP 2016 was compulsory and that under DPP, the Defence Ministry was required to approve the special purpose vehicle and scrutinise it thoroughly. “The defence ministry, while issuing the expression of interest has decided to dilute this credit rating categorization to ‘BBB’ for a project valued 45 times higher at 45,000 crore,” said Surjewala.  “The reason for the same is yet to be explained by the defence ministry.”

Congress leaders said they were aware that questions will be raised on the validity of the charges being made by the party in the submarine deal given the earlier campaign alleging corruption in the Rafale jet deal did not find favour either with the Supreme Court or the voters.

After the 2019 Lok Sabha poll results, in which the Congress could increase its tally marginally from 44 in 2014 national polls to 52, there was a concern among a section of party that the strategy to harp too much on the Rafale jet deal to target Modi had boomeranged on the opposition party as it took focus away from burning issues like lack of jobs, sliding economy and widespread rural distress.

Noting that facts were different in each case, the Congress leader said it was the duty of the opposition party to flag issues which demanded transparency in national interest.

“We only want transparency and accountability. We are not red-flagging it out of thin air. There is plausible information available in public domain and otherwise. Are the Prime Minister and the defence ministry not pushing for consideration of an entity that has been non-suited by the Empowered Committee of Indian Navy, that is the short point,” Surjewala said.

“Let the Prime Minister and the Defence Minister come forward and say, No, it is not being done, we would say Thank You, we are satisfied,” he added.