New Delhi:  The National Investigation Agency (NIA) raids are underway in more than ten locations across the nation in connection with gangster syndicates matter.

According to sources, the raids, which started on Tuesday morning, are being carried out in Punjab, Haryana, Rajasthan and Delhi-NCR region.

“We have decided to uproot the emerging nexus between gangsters, terrorists and narcotic dealers. They were working together, ” they said.

The case relates to involvement of criminal gangs in different kinds of criminal activities, including killings, to terrorise the people to extort money for running and promoting their criminal syndicates and activities. These gangs were also raising funds to carry out such criminal activities through smuggling of drugs and weapons.

Initially, the case was registered by Special Cell, Delhi Police on August 8 and against eight accused and unknown others. Later, the probe was taken over by the NIA.

The NIA has said that the gangs based in India and abroad had hatched a conspiracy to carry out terror activities in Delhi and other parts of the country.

Further investigations in the matter are on. 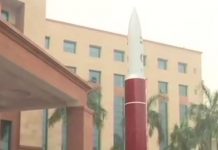